While approaching from the road, we saw the grouping of whitish walls of the buildings with brick-colored roofs contrasting with the blue sea. It felt like we would certainly meet James Bond there. We did meet some nice locals and encountered a number of tourists. One take-away is that though the stream of tourists may slow during off-season, Dubrovnik is always a tourist town. 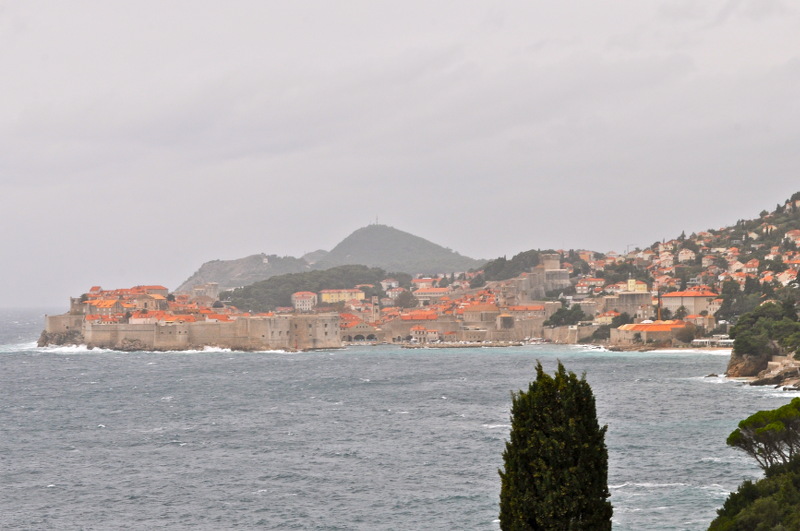 There is a reason Dubrovnik is listed as a UNESCO World Heritage site. It is beautiful from a distance and up close. To me, the city is most impressive when viewing the old town as a whole set on the edge of the Adriatic. Isolated, the different structures like Onofrio’s Fountain,  the Lovrijenac Fortress, the Lazareti, Rector’s Palace, and the Minčeta Tower are attractive each in their own right and would probably be major points of attraction in other towns. But  Dubrovnik is a major tourist destination because of the number of beautiful buildings assembled right on the water with the boats in port providing another opportunity for freedom to get away. Well that and the walls of the city, the cafes, the sandy beaches, and the water sports. 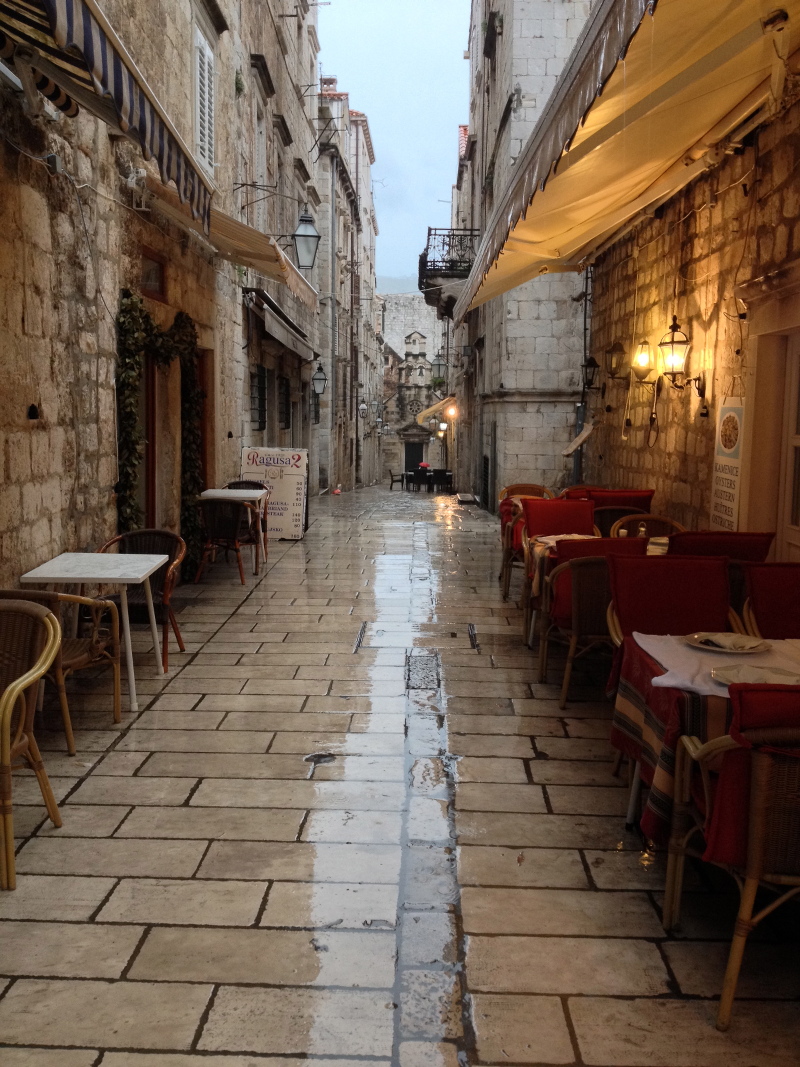 A highlight for us was walking down Stradun, the main street through Old Town, while looking and meandering along the alleys on both sides. The look and feel were appealing. It seemed that there was something nestled in these alleys and side streets that was waiting to be discovered. Definitely, there were secluded cafes that deserved a long cup of coffee outside with a friend if it weren’t for the typhoon-like conditions we experienced.

Be prepared to do some walking to get around the city. Everything is close, but there are some steep inclines and a lot of stairs. Renting a scooter in the summer may be helpful.