The capital of Montenegro, Podgorica, is a quiet, growing city that has present day intrigue and tons of potential for the future. In addition to being a business hub for the country, it is a good base point to explore the varied climes and cultures of the country.

History
The name Podgorica was first mentioned around 1326. The city was known as an important trade center inland from Dubrovnik. Due to its growing economic momentum and strategic importance, Podgorica was overtaken by the Ottomans in the 1470’s and remained  under Ottoman control until 1878 when the Berlin Congress annexed the city from the Turks.

Development advanced quickly but was again interrupted due to the Austro-Hungarian takeover. After World War I, Podgorica was given back to the Kingdom of Montenegro until it suffered heavily during World War II. It became the capital of the Republic of Montenegro during its union with Yugoslavia and again began recovery. The capital of the country since Montenegro became independent in 2006, Podgorica has remained on an upward path demonstrating promise for the future. 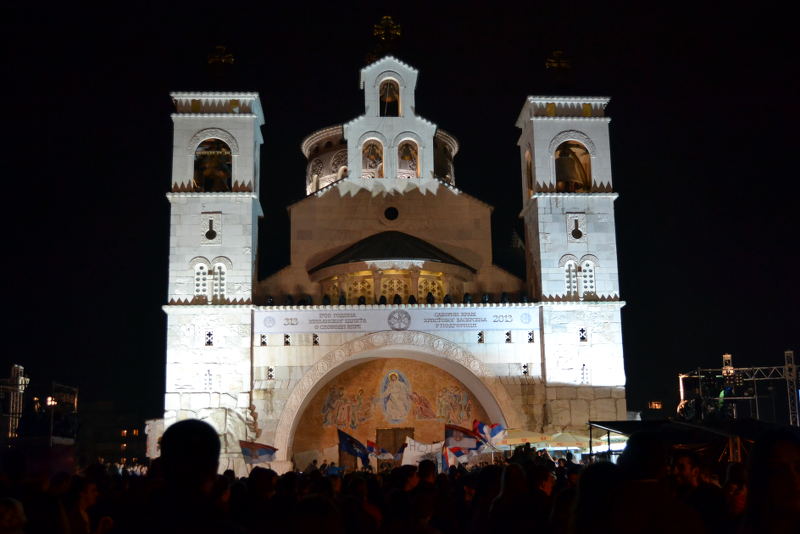 Good
While Podgorica is a city with growing potential, it has something to offer the traveler now. One of the prime reasons for making your way through the city is the central location. Within two hours, you can be almost anywhere in the country. The beauty of the coast is only an hour away by car, and the majesty of the mountains a mere hour and a half. Podgorica’s location also opens the door for multi-country travel. Sarajevo, Mostar, Tirana and Skopje are a half day journey, meanwhile Belgrade, Zagreb, Ljubljana are a full day’s travel. And did I mention the Croatian coast is more than accessible from this little city?

To accompany the accessibility of international locales and the adventures within Montenegro, a growing business environment has also been developing within the capital. Increasing business investment is adding to a small, but growing international presence that is helping create diversity in the city. This has also served to develop the service industry and introduce new cuisine while remaining budget friendly.

Potential
As mentioned, the potential of Podgorica, and Montenegro as a whole, is enormous. There’s a growing infrastructure with key developments in the works including a Bar to Belgrade highway and plans for new rail lines.

Along with new infrastructure, there is a renewed interest in the arts forming among the youth which draws upon influences of the past. Painting, literature, and music have been increasing in popularity throughout the city calling people to remember the past while also forcing others to look ahead. The city has a future and should be seen as a canvas waiting to be painted.