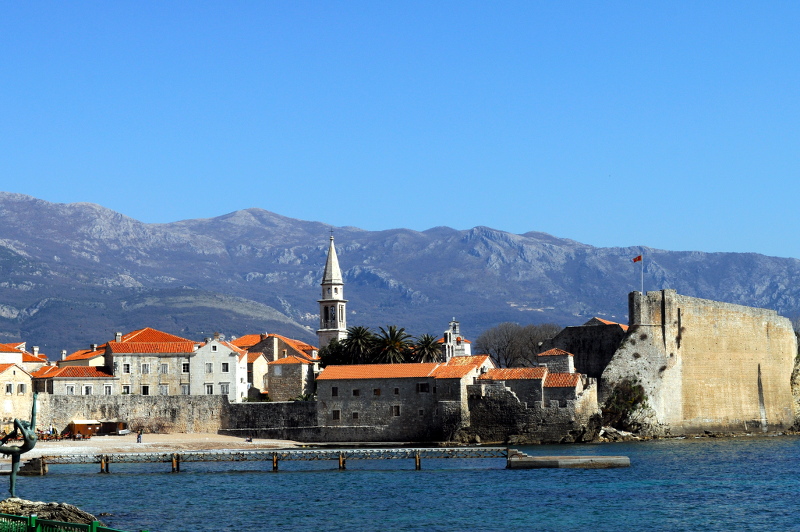 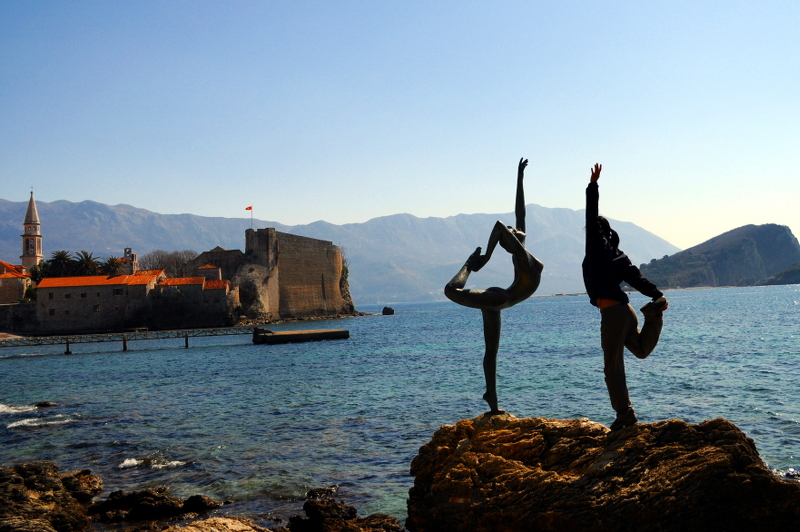 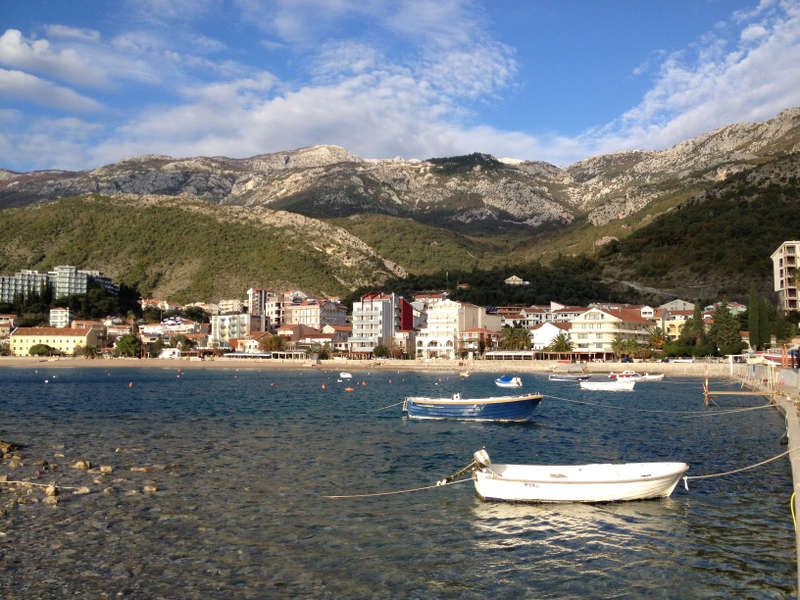 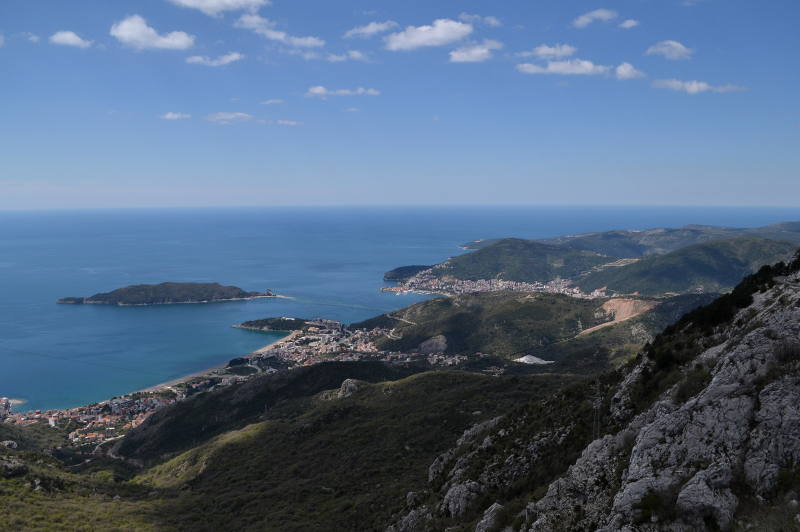 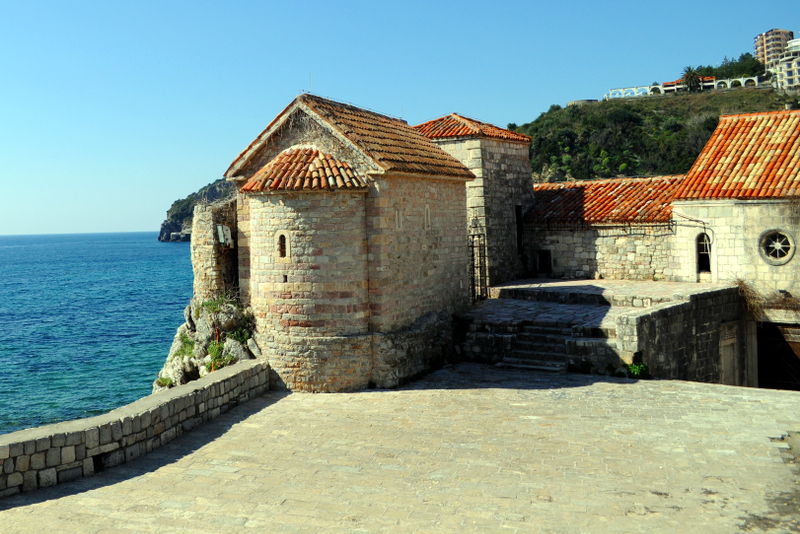 Meandering down the Adriatic coast will lend itself to uncovering all sorts of gems that are relatively undiscovered or undiscussed for most travelers. However, the coastline of Montenegro contains some of Europe’s oldest settlements, richest cultures, and modern hotspots for travelers from all walks. Budva Old Town encompasses all of this including some of the best photo ops that will allow a photographer of any competence a level of pride in their–dare I say–craft.

Budva is an excellent example of such a town. Historical references date Budva back to the 5 th century making it one of Europe’s oldest, recorded settlements. The architecture of the old town has been well preserved. Walking through the narrow streets of this coastal haven, one easily gets a feel for how the city moved during its time. 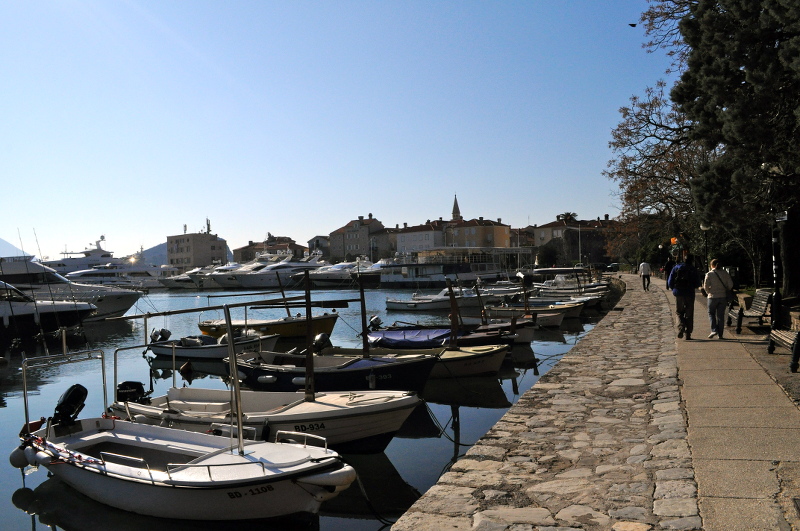 When first entering Budva from the south, it is generally easy to find parking. After a short walk along the harbor, the church steeples of the Old Town rise well above the walls and modern yachts that occupy the waters. 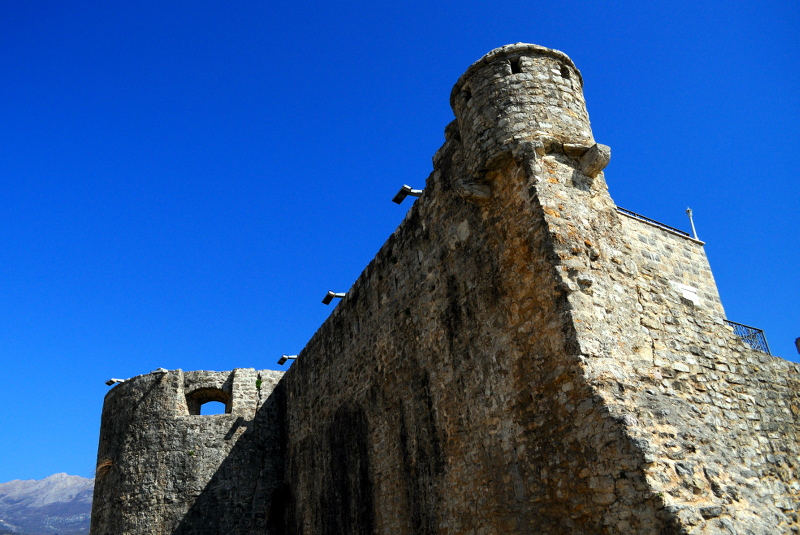 The Venetian walls surrounding Budva Old Town provide insight into the historical prominence of Budva and the Italian influence. Not only did those living here have an amazing view, but they remained safe behind a pretty formidable defense. 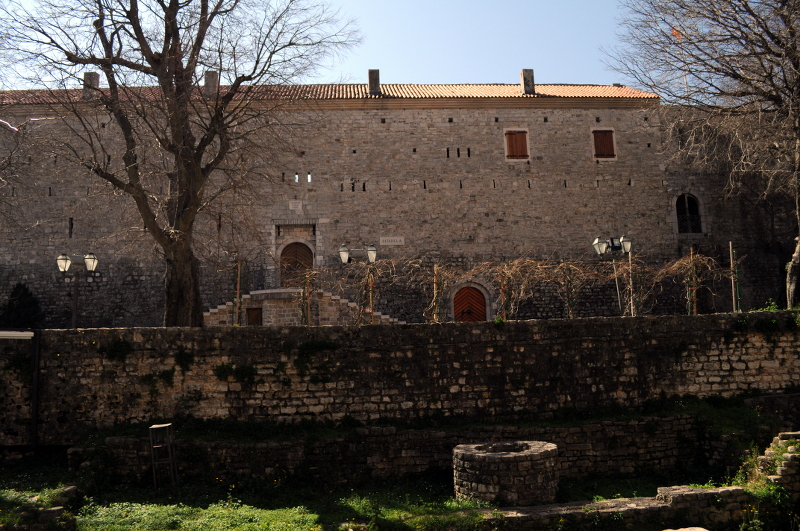 On the theme of military, the citadel is pictured above. The modern design was set by the Austrians during their reign here. It sits at the highest point of the old town. I have been told that when the museum (which is housed inside) is open, beautiful views of the town can be had. As spring and summer approach, the courtyard in the front is opened for Montenegrin cultural events.

Apart from military installations, popular churches also decorate the Old Town. One famous feature is the bell tower of the Church of the Trinity. 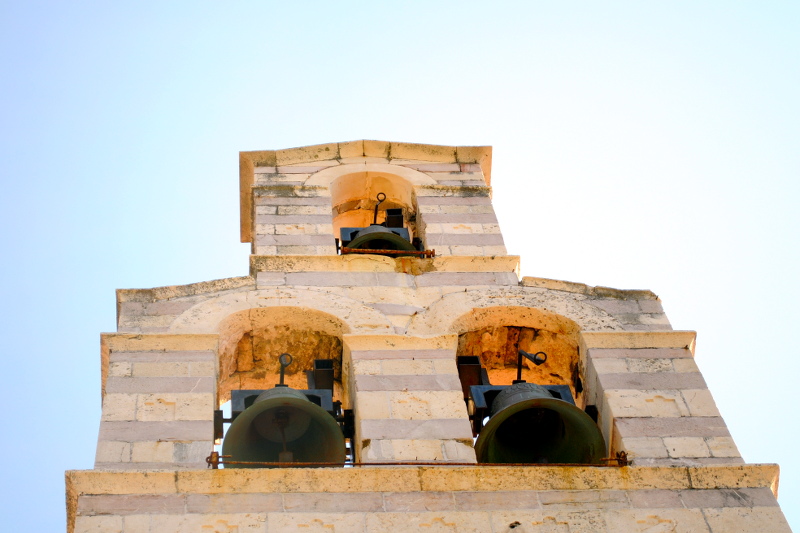 This mosaic sits above the entrance of the Church of the Trinity. It resembles similar paintings from Russian medieval painter Rev. Andrey Rublyov of Radonezh. The piece depicts the three angels who visited Abraham and Sara in the Old Testament delivering the promise of a child. 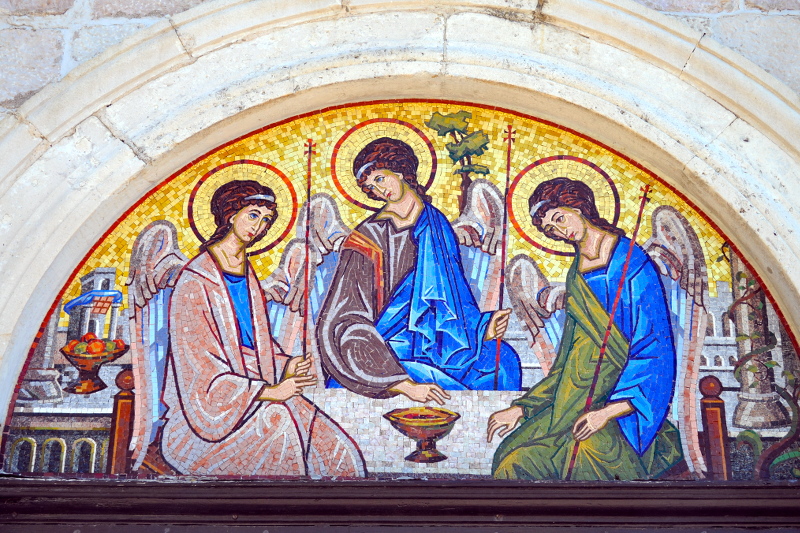 A second popular Orthodox church in Old Town is St. Mary’s of Punta which dates back to 840. This humble Orthodox structure is one of the first pre-Romanesque churches in the area. Legend has it that Spanish sailors left an icon in the spot where the church sits to see if the locals would accept it and prove themselves to be “good” Christians. 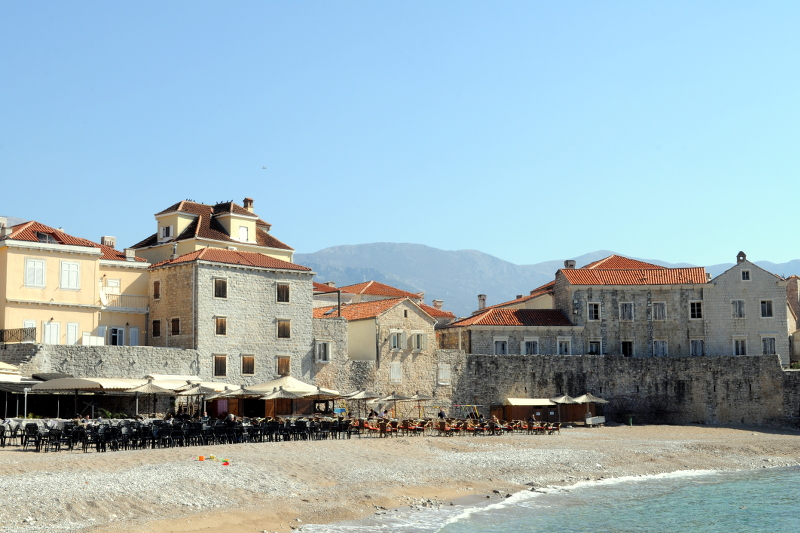 After seeing the city, enjoy a coffee at one of the cafes on the beach overlooking a relaxing view of the Adriatic Sea. This beach city begs its travelers to have a slow cup of coffee with good friends. 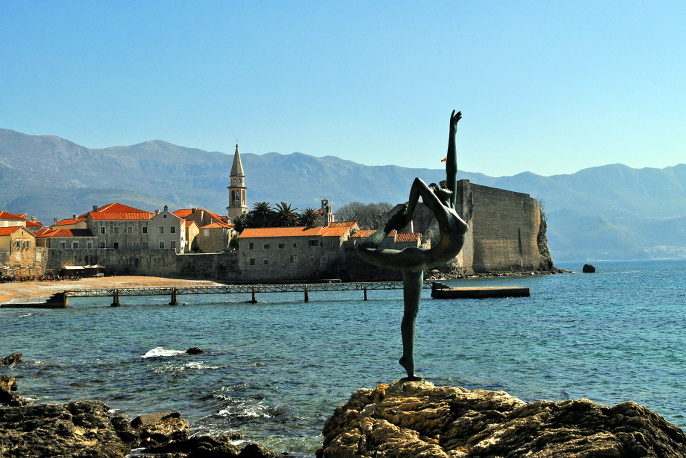 Across the bay area from the Old Town of Budva is a monument resembling a ballerina. This is one of 2 art pieces on the Budva coast. It was made to resemble a local fairytale in which a girl was awaiting her fiancee’s return. Sadly for romantics, he never came.  Still more tragic, she was found dead on the beach.

And if you feel crazy enough, you can step out on the rocks and get a picture with the ballerina. But there is a suggestion in the form of a gate that suggests maybe you shouldn’t. However, the couchsurfer accompanying us on this trip found a way to pose memorably.

Enjoy Budva and what Old Town has to offer. It is beautiful.