Today marks a full week on the road, if you count the three day stop in Risan. It would also be my first foray into bicycle touring camping. I covered what felt like a lot of ground today, coasting along winding roads through villages and farms. I was so high on the beauty of my surroundings and the freedom of cycling, I sang the entire Shrek soundtrack at the top of my lungs. It is so rewarding, testing my stamina at times and flying down mountains at others. Most of the afternoon was spent with the open ocean spread out to my left. Something about that view always fills me with excitement, the ocean being the gate to every place in the world, endless possibility. 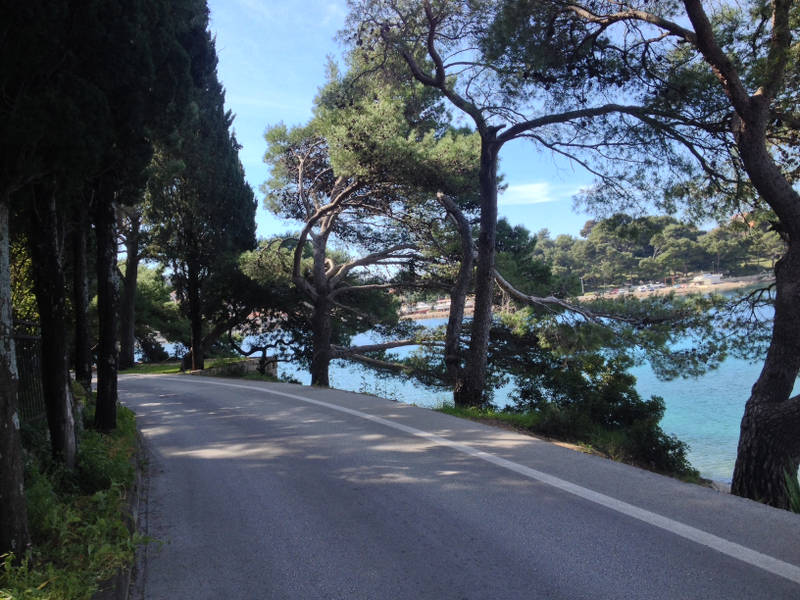 I stocked up on tinned tuna, lentils, seeded bread and some fruit at a local supermarket, and a yogurt drink as a treat. It totaled 40 kunas (about 5 euros). Yesterday, I spent nothing more than sore legs and a deep sleep. Eating out in Croatia is as expensive as Sydney, but if I stick to simple supermarket food, steering clear of the deli, I can comfortably make it on quite little. Winner winner budget dinner!

Croatians are so friendly. Every other person or car that I pass gives a wave, hello or honk. At one point, a bunch of school children all stood and waved me by. At Goran’s recommendation, I detoured down into the town of Cavtat, Croatia, near Dubrovnik, where a cafe full of old men called out their hellos and bravos. The town itself is something special, nestled down by a little bay, a tranquil oasis from the tourist frenzy of Dubrovnik. I snacked on an apple, sitting by the water and found that it was a free wifi hotspot! Being the second place in Croatia where I’d looked for wifi and found “Hotspot Croatia,” I thought the whole country must have free wifi. Not quite true unfortunately, but that would have been awesome!

Again around 3:30pm I started keeping an eye out for somewhere to spend the night. Again I got lucky, by 4pm I came across a camping ground tucked under the low branches of some big trees, just off the road, close to the town of Trsteno. It seems that because it’s still winter, the campground is unattended and therefore free of charge. A shower and toilet block is in excellent condition but the cubicle doors are locked and no water is running, so this seems to confirm my theory. No problem, I still had enough water and it seems like a safe enough place. I pitched my tent for the first time since starting out, had an early dinner of bread and tuna and curled up in warm pajamas to write this and then relax with a good book. 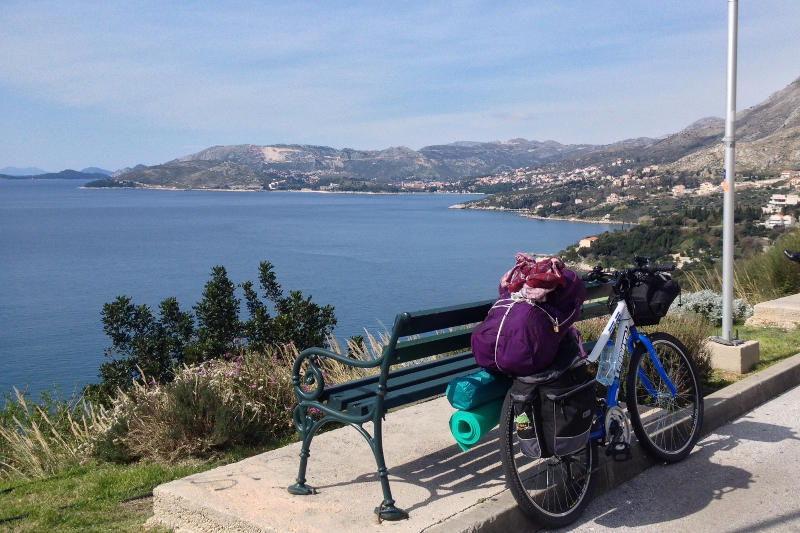 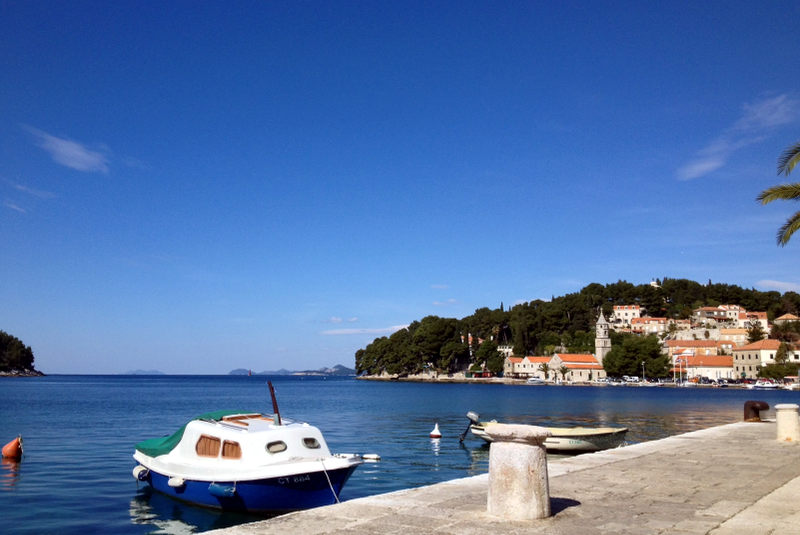