I’ve found that I’m enjoying the intermittent inland detours that the road takes. Often the slopes are gentler, and when there’s a river nearby the road is almost flat. Today I sprinted along stretches of inland wilderness, reaching the bustling city of Šibenik.

Šibenik is worth stopping in, if for nothing else than the UNESCO heritage listed Cathedral of St Lawrence. The monumental structure glistens like snow in the sun, every edge and corner carved into intricate sculpture. Inside it seems smaller than expected, and filled with a musty smell. Statues and paintings hang in the shadows of its arches. In contrast to the white exterior, the interior is carved from stone of a dark grey wearing the stains of time. It’s sombre and oppressive to the point of appearing macabre, but undeniably beautiful. 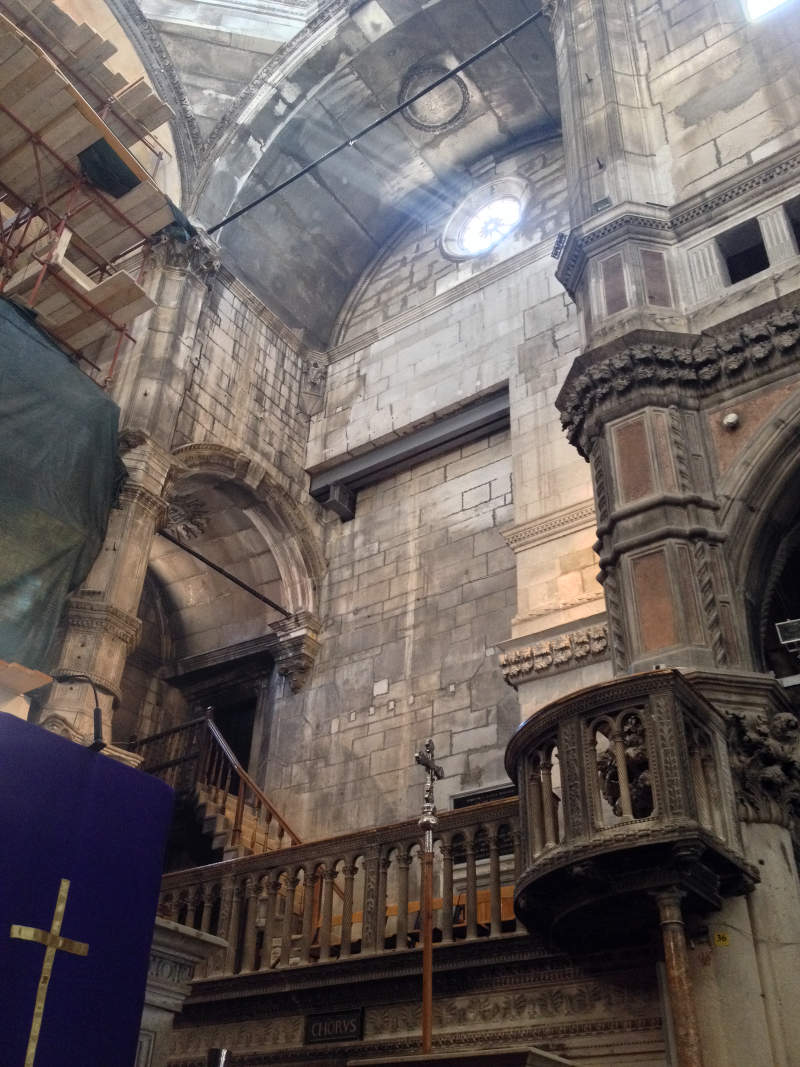 I powered up the hills leading out of Šibenik, sweating like crazy in the sun. It was after 3, so I rode until 4 and stopped by a farmhouse to ask if I may camp on the land. The old woman working outside said no. Riding on, I stopped at a property on the outskirts of a village, and again asked. This time it was a young woman who also declined but directed me instead to a paid camping ground near the Krka National Park. I decided to try my luck in the national park itself, but it was closed. By this time the sun was getting low, and I was getting cold.

On the road I’d noticed vast areas of unkempt land, divided with crumbling stone walls and filled with trees and shrubs. Leading out from the parking area of the national park was a path into this sort of land, so I rolled my bicycle along it for a few hundred meters and finding no sign of people, agriculture or wild animals, I picked a spot to camp. It was nowhere near as picturesque as the previous night’s campsite, and all the plants were armed with thorns, but beggars can’t be choosers. The ground was flat, the area quiet, and some trees provided a break from the little wind. Home is wherever I lay my head.