In the center of Podgorica, Montenegro’s capital, sits Republic Square (Trg Republike in the local language). The square has been a mainstay of the city for years, but gained its name and current form in 2006, when it was officially renamed, Republic Square. Prior to 2006, it bore the name of a famous communist general and hero. However, 2006 saw Montenegrins narrowly win a vote for independence from Serbia. The vote was the final dissolution of the Yugoslav federation and the catalyst for renaming and renovating the capital’s central fixture.

The square, today, remains a center for life in Podgorica. Social events are hosted here as well as political rallies, and even transformers make an appearance. This latest exhibition has been a statement for the need to protect the environment while seeing Podgorica and Montenegro transformed.

Freedom Street (Slobodna Ulica) runs directly in front of the square and is one of the major shopping streets. You can find a few high end stores lining the route. On the southern end of Freedom Street, the future home of the Hilton Hotel is under construction with the new King’s Park being located directly across from it.

More to the northern end of Freedom Street, Hercegovačka, a walking street, provides a secondary avenue for shopping. Here, locals usually meander up and down the street, window shopping and picking up a slice of pizza or ice cream on the cheap. 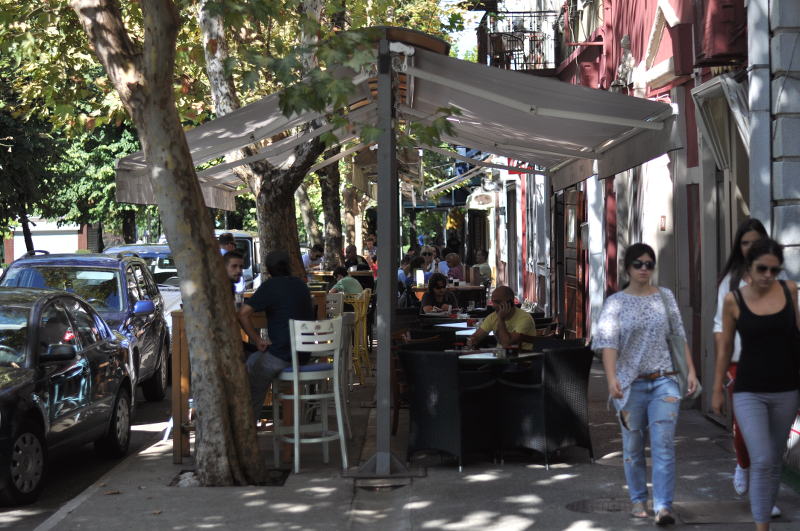 Hercegovačka also intersects with Njegoševa Street which is named after the Montenegrin hero and leader, Njegoš.  Along this narrow way, one will find a plethora of cafes, restaurants, and boutique hotels. This street is definitely a place to stop for a drink to refresh. 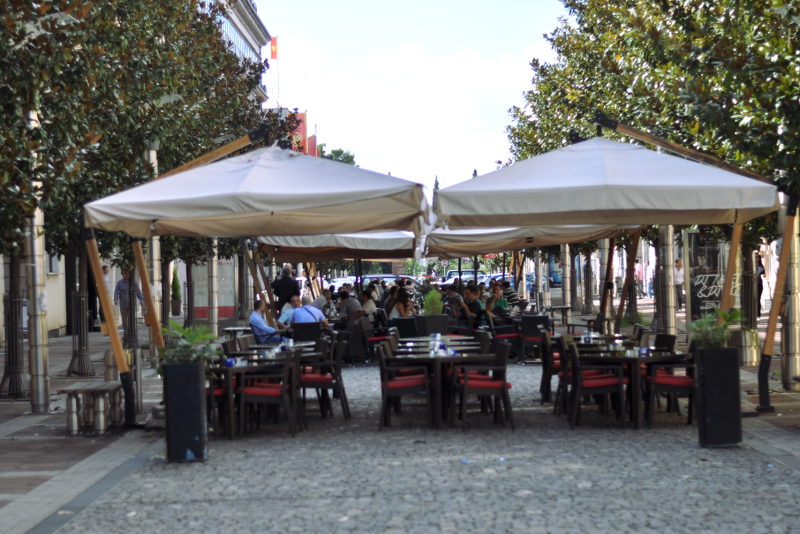 Continuing straight across will lead to another walking/pedestrian only zone. Intermingled with government buildings and the national theater, this little area is also full of cafes and restaurants. It can offer the perfect protection from the sun providing refreshment while walking around Podgorica. It too is another local favorite especially for the professional occupying the surrounding offices.

Republic Square and the surrounding streets demonstrate what it means to be real Podgorički (term for locals). Take the time to stroll around. Enjoy a drink. And observe the culture.  Oh and as a tip, stop in Korzo’s Bakery on Freedom Street. It is one of the few places that really characterize the city.