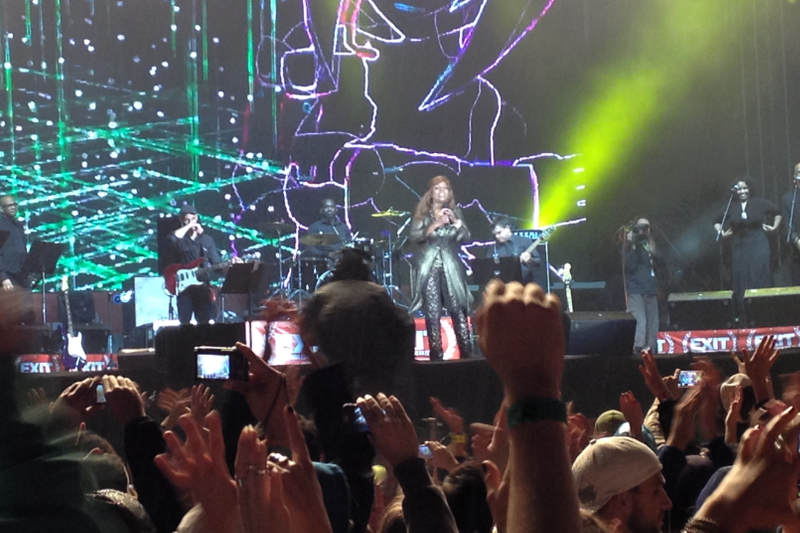 Gaynor went first. For an hour she turned the years back as much as she was able and let it rip along with her high caliber musicians and frequently featured backup singers. She gave it her all in spurts with intermittent breaks for a lot of solo riffs by the musicians and front of stage numbers by her accompanying singers. Mrs. Gaynor played her standards including an almost double-timed rendition of I Will Survive to close out the show. The crowd met her efforts with a ton of energy and sang and danced along. It was a great performance. The Exit crowd received this previous era music legend warmly. Beautiful. 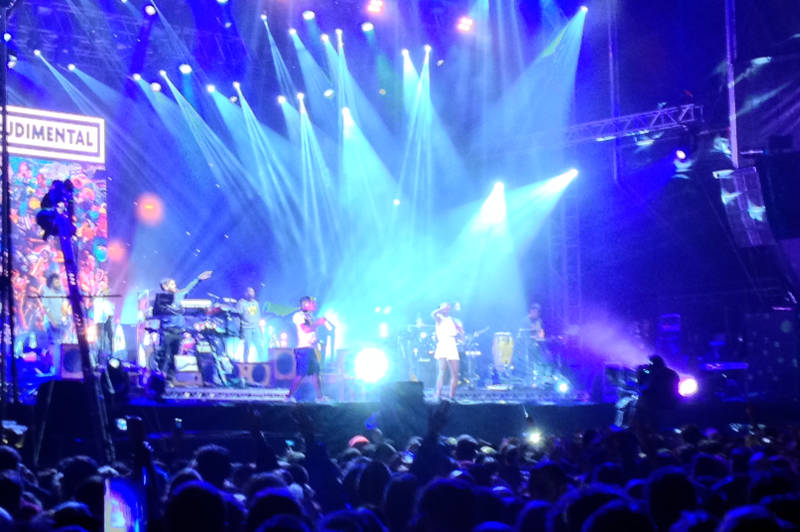 Reset the stage, enter Rendition, and the crowd erupts even more. Theirs was as much a show of athleticism and friendship as it was of music. It was the in-your-prime celebrate life performance. And again, the crowd loved it. The numbers swelled with the flow of people oozing out of the concert area in every direction. It was a constant sing-along until the band played Waiting All Night at which point the crowd turned it into a jump-along. Rudimental seemed to be enjoying themselves throughout the show and the crowd loved it.

With Gloria Gaynor and Rudimental, Dub FX, Hurts, Suede, and so many other artists on so many different stages, an ethos begins to come forward. Clearly there are a lot of British acts on the docket, but there are also regional acts and bands from Australia, the U.S. and other places. Exit is not about age as the graceful performance by Gaynor proved. It’s not about nationality or race. It’s not even about style or genre. It’s about people. About art. About time with friends old and new. Exit is a statement about the past and the future and seeking to find a better way. Exit is about a generation seeking to find a different story for life than the one that was written previously.

(more on this soon)