In the midst of a string of grey, rainy days in January and February, we happened to have a planned hike outing and a sunny day coincide. We were glad to be on our way to discover a bit of adventure maybe, but, at the least, we craved a day that was not drenched. After a wrong turn, we tried to make the most of a short trail that stopped where sharp rocks seemed to swallow the path and any hope of going around. A few cuts and a prick to our pride and we looked for another possibility. Our second try would have worked if it had only allowed a couple miles of trekking without any bonus. Instead, we had a gorgeous trail, amazing views along the way and a scenic vista at the end that made for the perfect photo op in Montenegro. Make that a bunch of perfect photo ops. 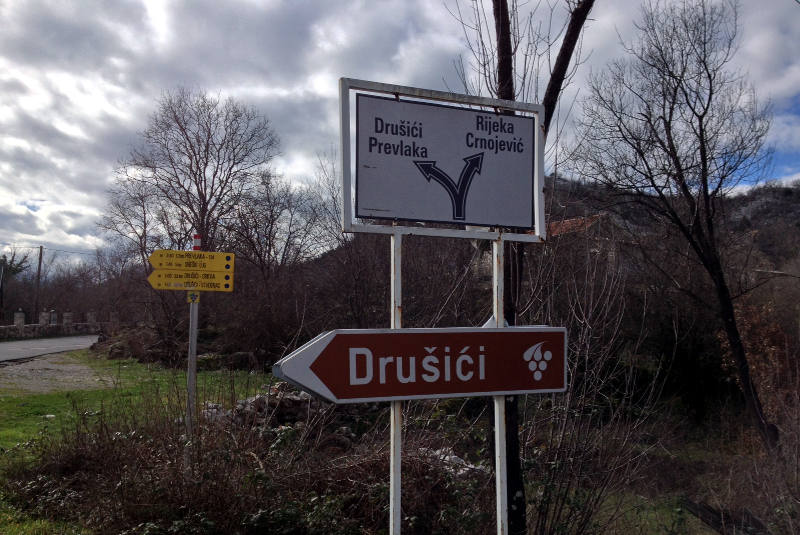 While Montenegro is filled with photo ops, this particular one is located half-way between Podgorica and Cetinje. It requires a left turn at this signage to head to Drušići – a small village. 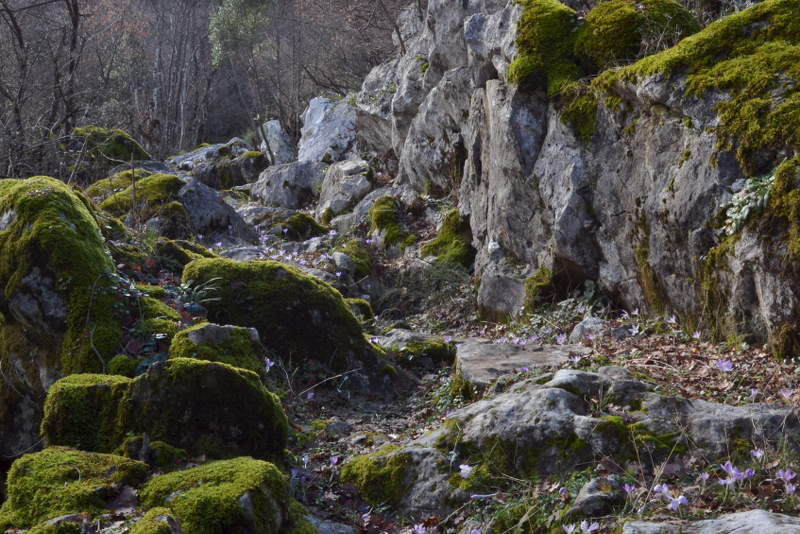 The rocky trails were great to make the hike feel like you were working at it a bit. They also made for some nice pictures. But then… 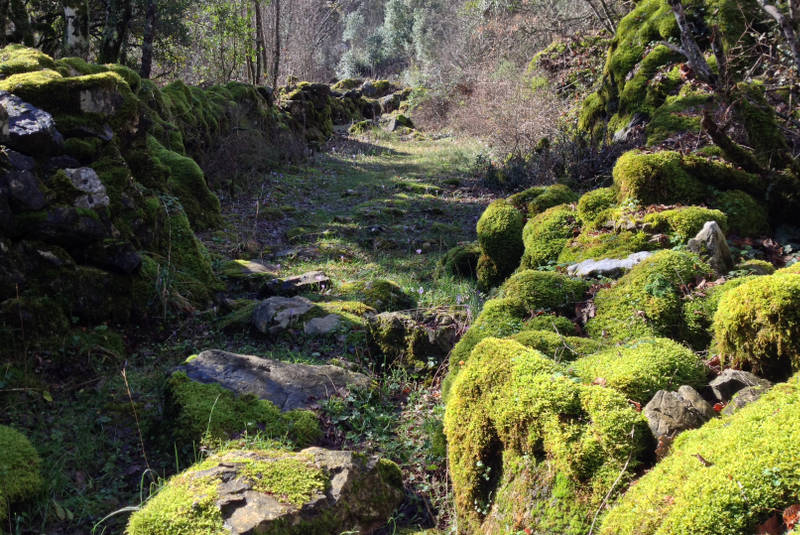 …the path became more picturesque. It seemed like we should wait for the crew and cast from Lord of the Rings to arrive for the next shoot. Did Frodo run off to Montenegro?

And, there were delicate flowers along large stretches of trail. 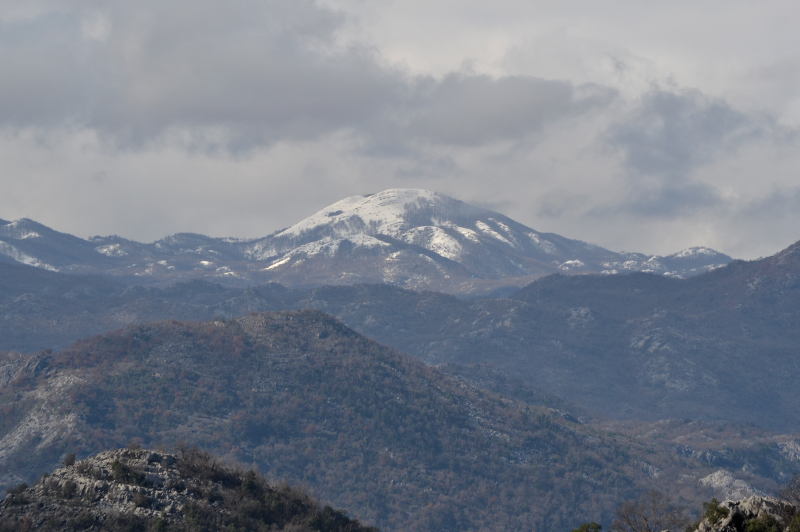 Looking up from the trail, there were some “lesser” photo spots along the way. This one would have been better at another time of day, but it wasn’t the best view by far. In comparison, it was just another shot. Anyway, it was still a great view and picture. 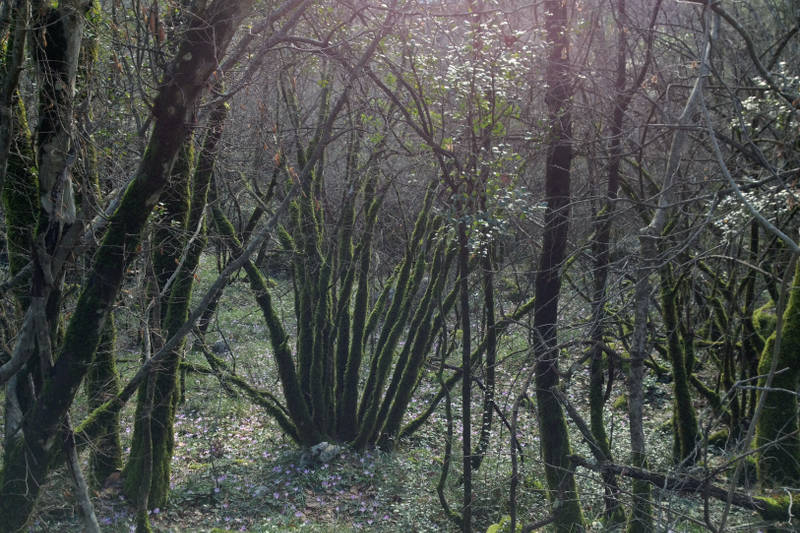 Almost to the lookout point of the trail, we stopped where there was an ethereal looking scene. The sun backlit this tree and caused it and the small flowers around to glow. This particular photo op did not turn out nearly as good as what the eye could see. That says more about the cameraman than anything. It was a beautiful spot in time. 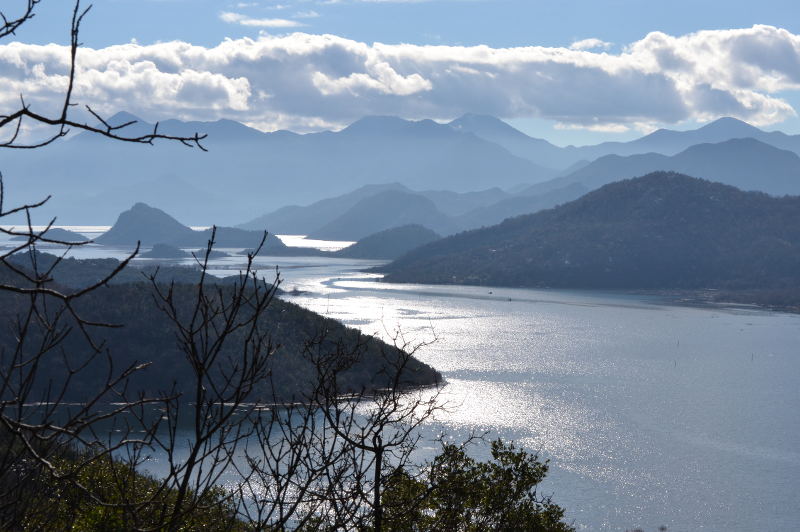 Then we came to a lookout over the Crnojevic River (Tsrnoyevich). With the sun reflecting off the water, the rows of black mountains (that would be Montenegro), and a blue sky, this view offered more than we imagined. We would have settled for a walk without rain. Instead, we had the perfect photo op. While I think this photo is good, it doesn’t capture all that we experienced here. Again, part of that is the fault of the cameraman. The bigger challenge for this picture, however, is the reality that sometimes cameras just can’t take it all in. 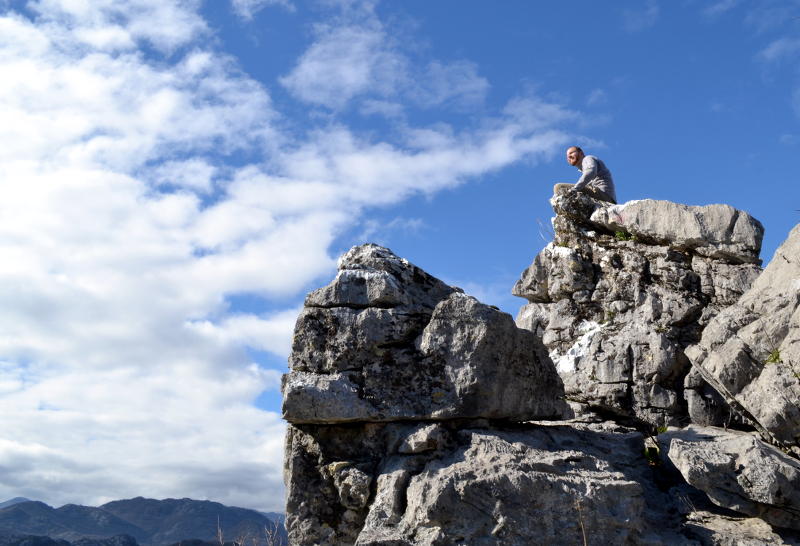 At this point on the trail, Matt shimmied up the rocks for a better view. Actually, all three of our crew that day tried different vantage points to take it in and enjoy nature’s calm for just a bit. And we took a bunch of pictures. Then we headed back to finish our 3 mile hike. Enroute, we laughed at ourselves and our feeble first attempt that ended up being a 0.08 mile hike round trip. The time together, beautiful views and picture ops made this a memorable outing.