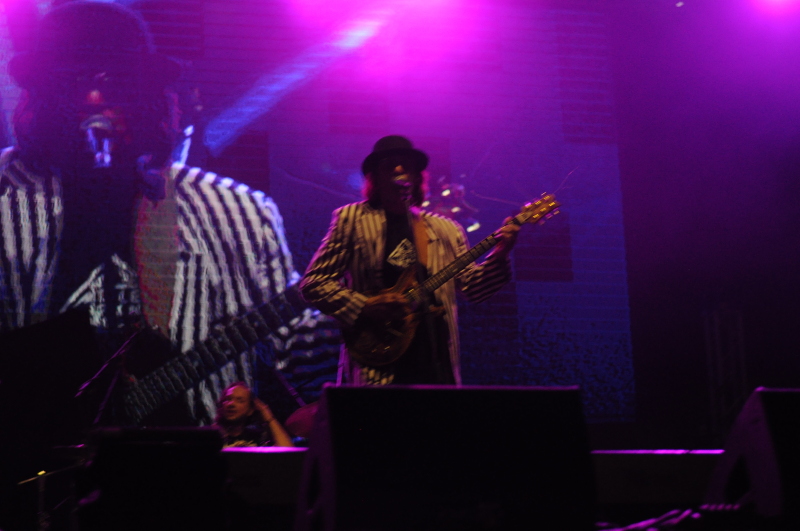 Rambo Amadeus started everything off. Most of the international crowd may have been a little off when Amadeus came on, but the locals and those from neighboring countries definitely understood what was taking place. Rambo Amadeus is Montenegrin by birth and lives in Serbia. He represented Montenegro in the 2012 Eurovision contest with Euro Neuro. His music tends to be a dark, satirical narrative on the current political, economical, and social environment. The crowd ate up his narrative last night. 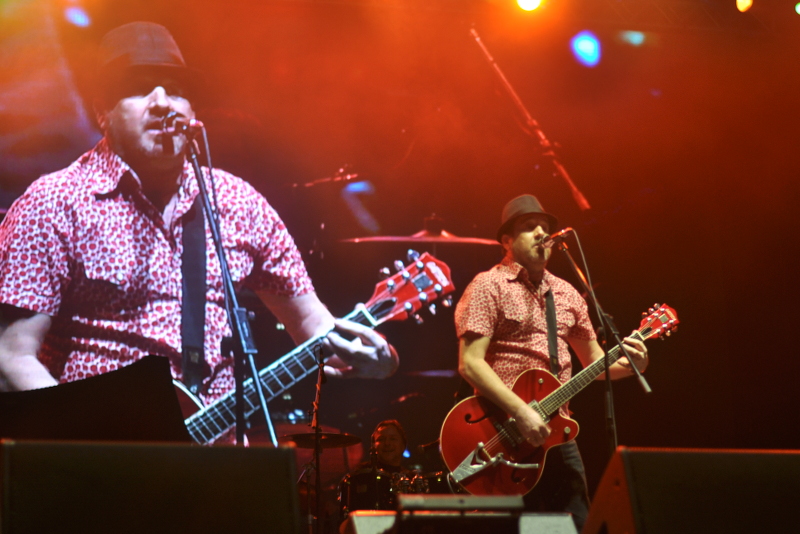 After Rambo Amadeus, came Croatian artist Neno Belan and Fiumens. If Amadeus energized the crowd, Belan prepped and massaged them for the big show that was coming. The crowd grew in number and quality of response to the music with this act. The music was a mix of blues and rock moving from love songs to all out freedom anthems. 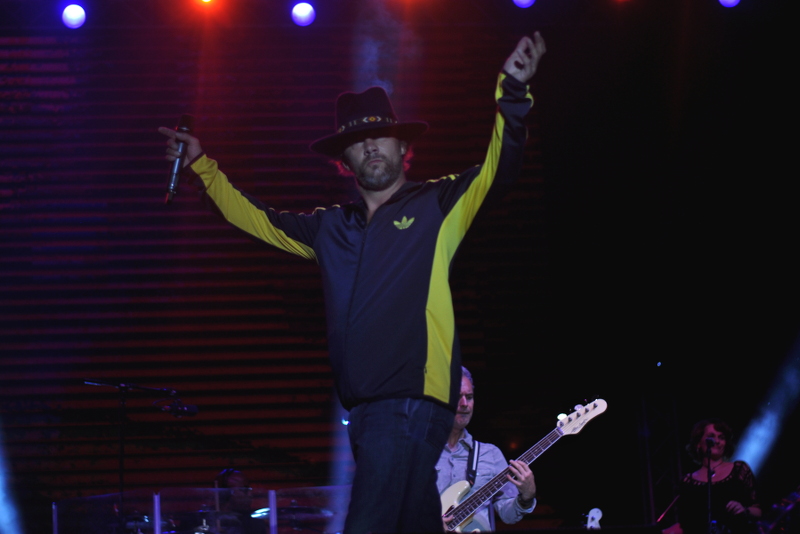 The Sea Dance crowd gathered at midnight for the advertised act, but those who missed the two before missed out on some key acts of the program. Nevertheless, expectation filled the air as lights went dark after the stage was reset. Without a huge entrance or anything fancy, Jamiroquai came out and dazzled his audience. 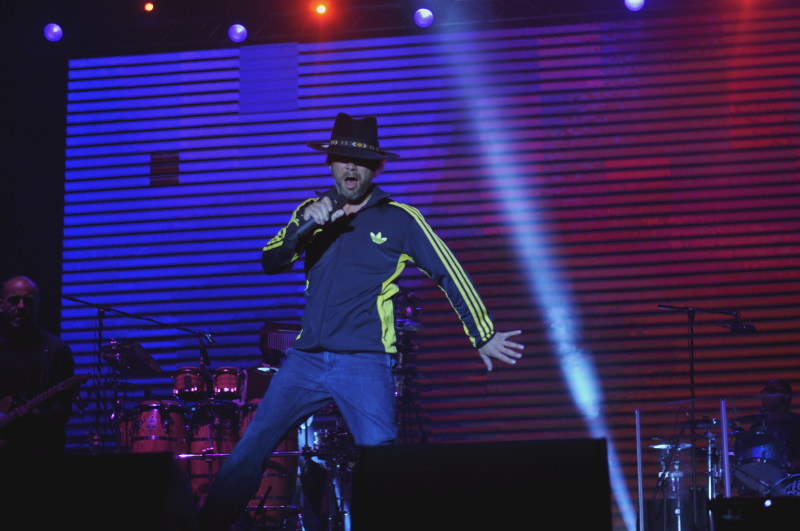 He danced and moved across the stage not leaving any area unused. As Jamiroquai moved, the crowd cheered more which in turn spurred him to sing and dance more. He stopped throughout the set to acknowledge their approval. 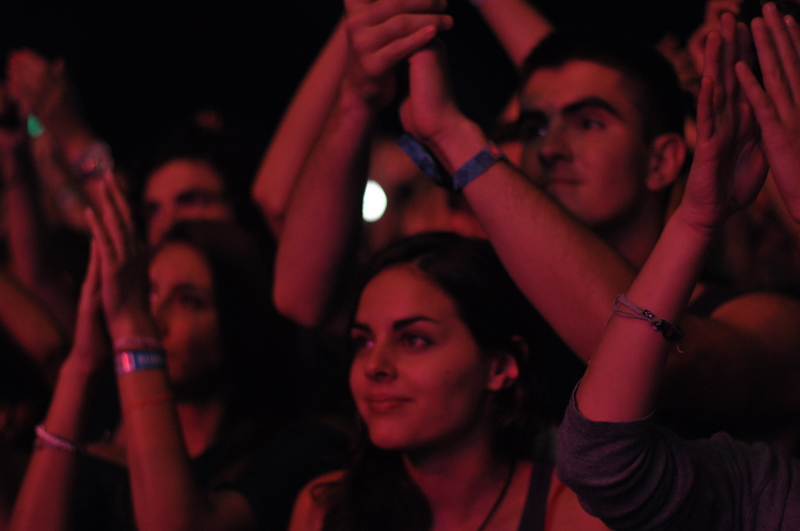 The second day at Sea Dance Festival in Budva is in the books. It began with day parties on Jaz Beach, and ended with the nightly gathering around the main stage for UK artist, Example. The time in between saw the shuffling of festival goers from one stage to the next enjoying a diverse group of DJ’s, dance parties, and performers.

The second day of the Sea Dance differed from the opening night especially around the main stage. The first night saw regional acts expand into international artists. Local favorite, Rambo Amadeus prepared the crowd for Neno Belan who set up Jamiroquai. Day 2 featured more diversity. Stages, performers, and styles represented different cultures and nations being welcomed in a country with firm traditions. It seemed symbolic in a way reflecting Montenegro’s growing openness to travelers and ex-pats joining the local community. 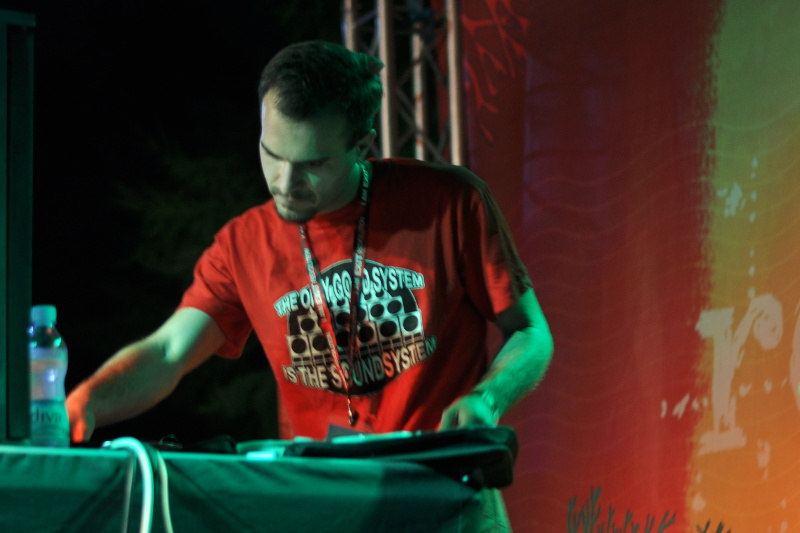 The Reggae Dance stage was used to host live acts as well as DJ’s spinning Rasta hits. Crowds came and went, but it never seemed to bother those working the tables. 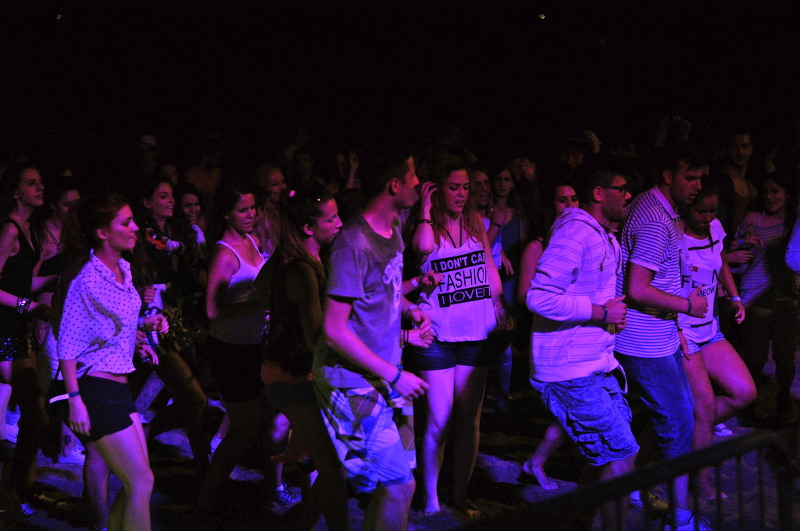 People danced all night at the Latino stage which featured Latin pop, hip hop,and house music. Again, when the performers were taking a break, the DJ’s kept the party moving. 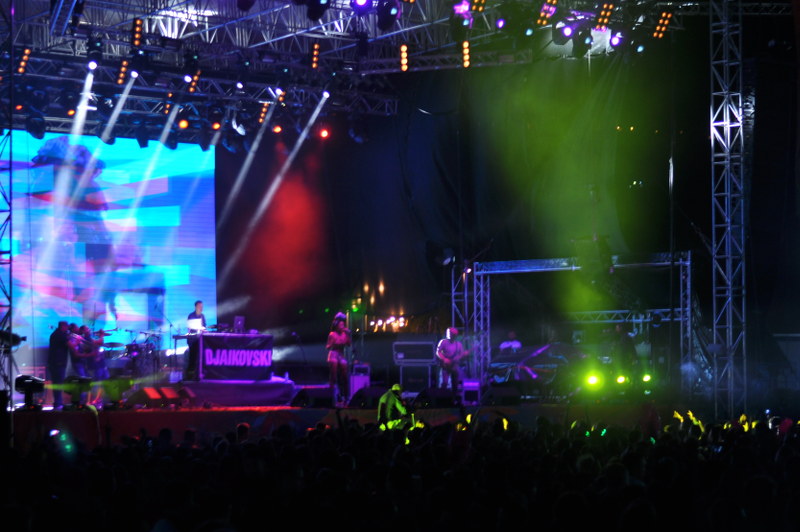 As the night moved on, we made our way to the main stage awaiting the night’s headliner, Example. Before he went on the stage was being occupied by TK Wonder who represented another style. Her spoken word/Afropunk style kept the people moving in prep for the Example. 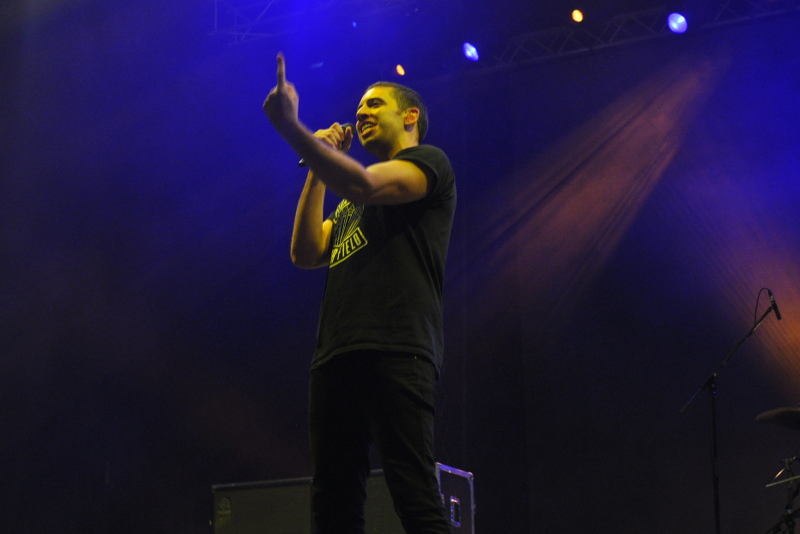 The main act for the night was Example. Being from the UK, this was his first time in Montenegro performing. His performance exemplified more of the value of cultural diversity that brought together nations through the arts. Example sought the approval of the crowd. But it didn’t seem out of vanity. He continually worked to make sure everyone was enjoying the show while making sure they knew who was performing. 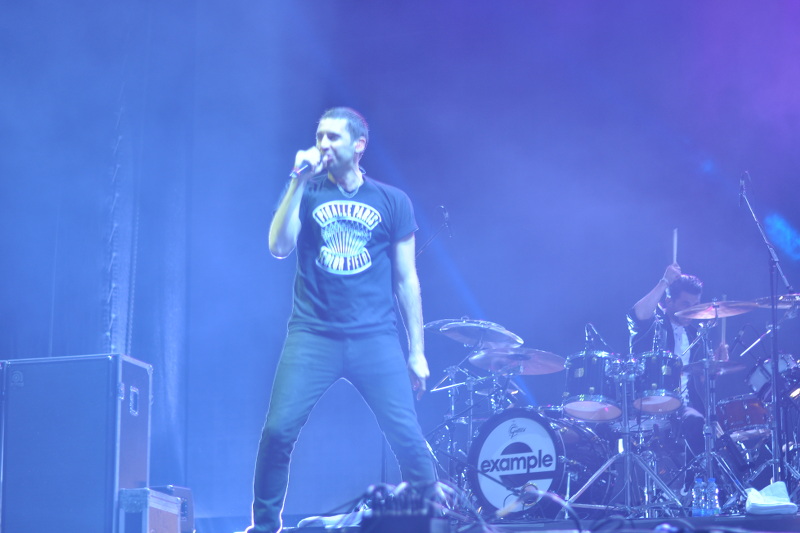 The performance was overflowing with energy. Example did his part in delivering, and it would be good to hear from him if the audience did their part in responding. 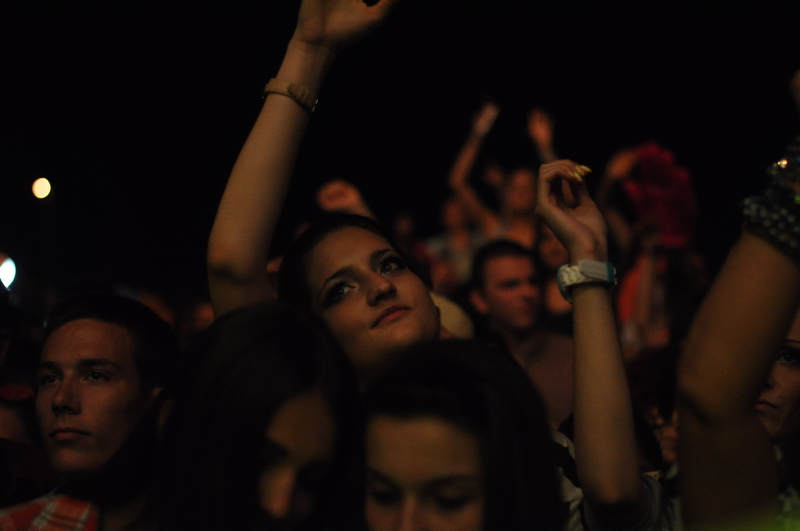 Last night saw the finale for the Sea Dance Festival 2014. Jaz Beach partied into the early morning hours to countless sets from live musicians to DJ’s keeping the tables lit up. Underworld gave what was to be the finale followed by Juan Atkins and others. Below is a review of the festival in the making. 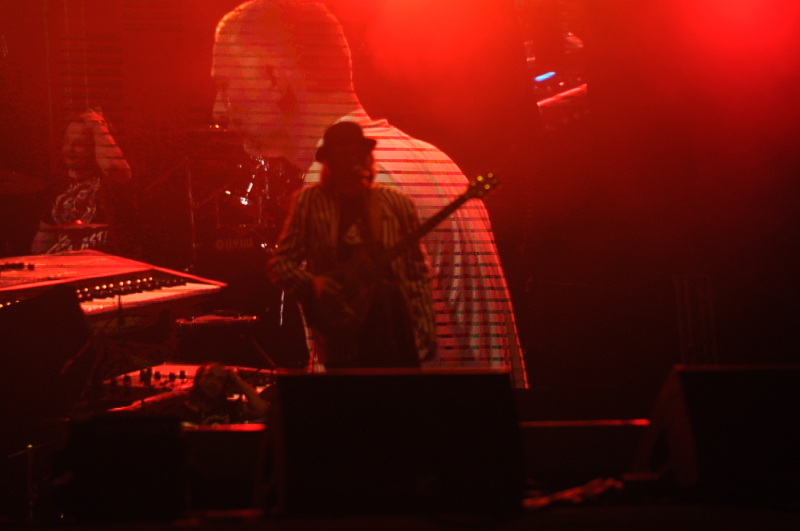 The first night began around local talents that became international stars. Rambo Amadeus really kicked things off getting the crowd started by providing a set full of satirical narratives of the Balkans. 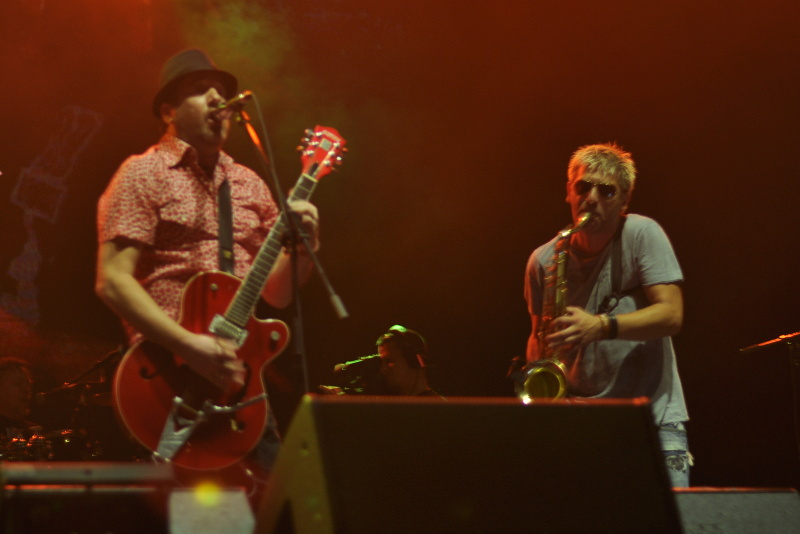 Neno Belan was on fire for a full hour and a half where the audience never went quiet singing along with the Croatian crooner. 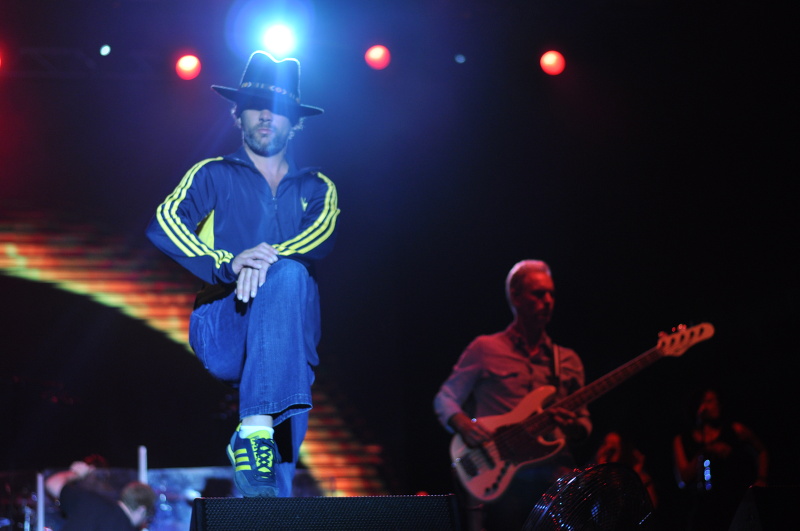 The audience, energized and ready for more, welcomed the headliner, Jamiroquai in what was his first show of 2014. He did not disappoint delivering hits such as Cosmic Girl. Everyone that hit the stage was having fun and fed off the audience’s energy. 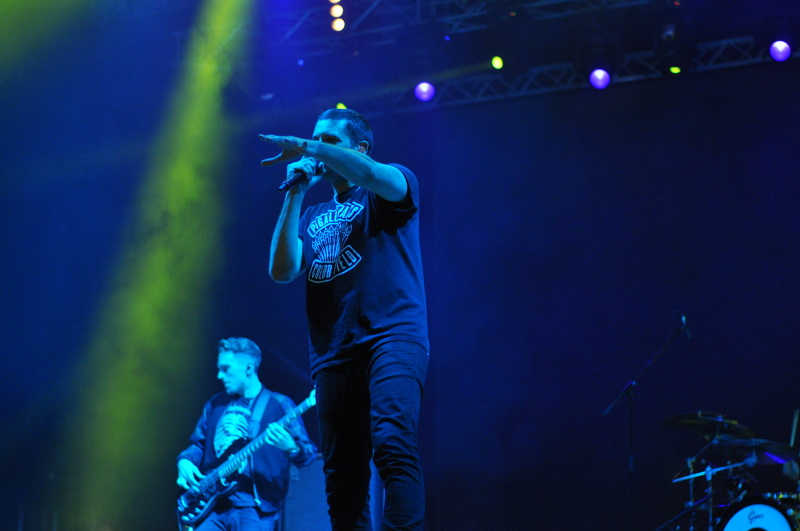 The second night put a more diverse set of musicians on stage, and was an excellent example of different internationals coming together for the success of one event. It left me wondering if there was a greater lesson to be learned from the Exit and Sea Dance motifs of nations coming together, welcoming each other. Example hit the main stage for the finale. It was UK star’s first time in Montenegro, but was the epitome of such a motif on display. 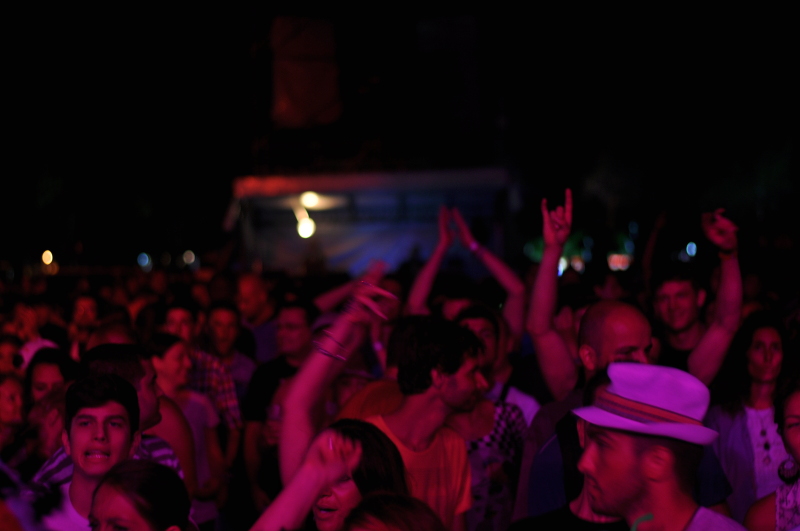 Underworld finished off the main portion of Sea Dance. To say that the main stage was packed once again would be an understatement. The crowd swelled to hear Underworld drive home this festival in the making.

To refer to Sea Dance as a festival in the making is not a slight, but the reality of a first year, large scale venue. By the size of the crowd and their enthusiasm, it was easy to see the overall success that overshadowed the behind the scenes challenges. These challenges will be overcome easily with experience over time. The organizers of Sea Dance should be asking, “What could be?” And dreaming big for the future.