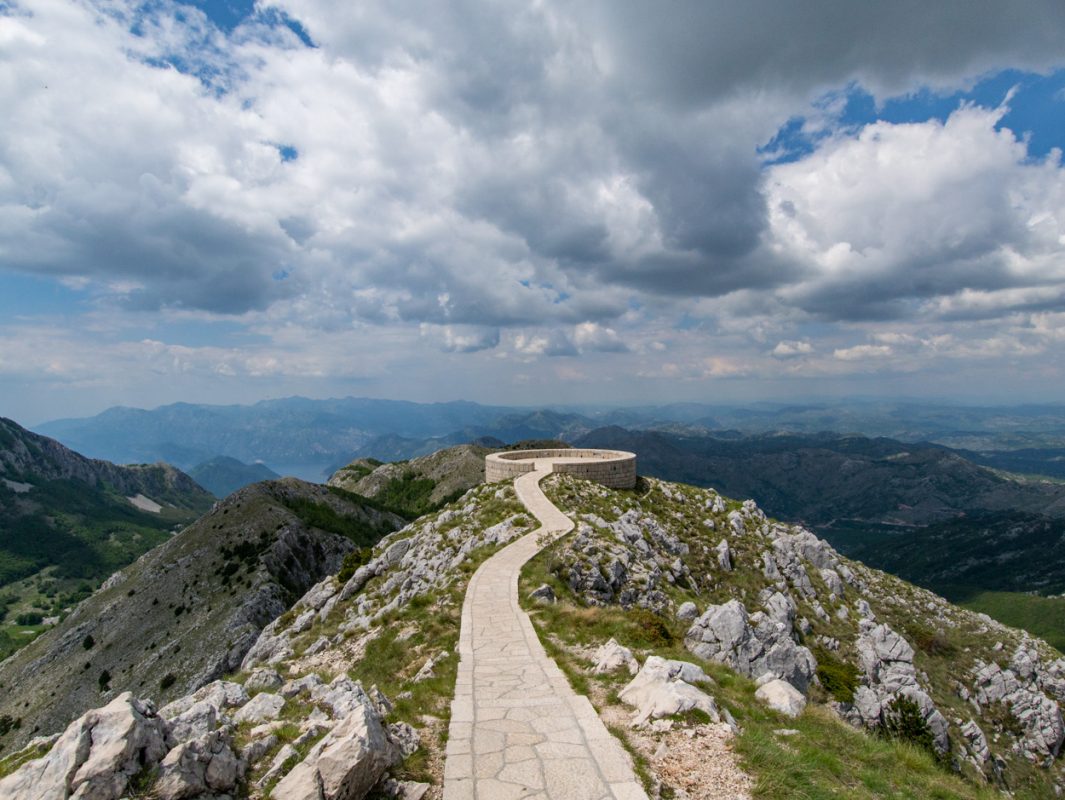 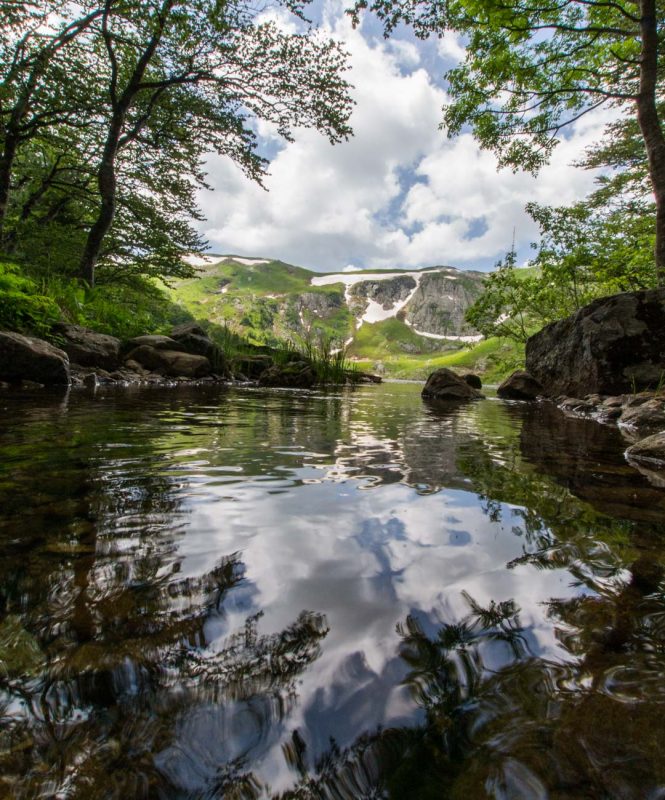 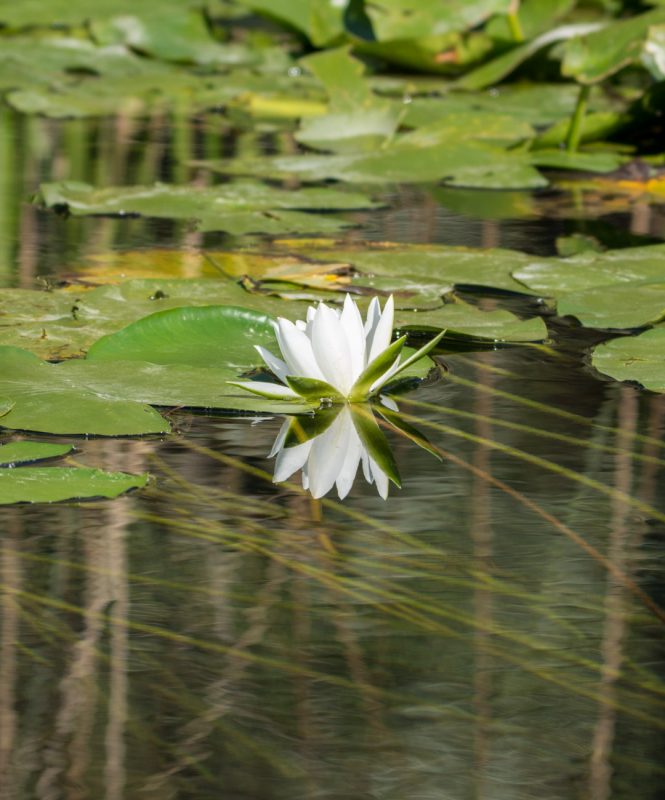 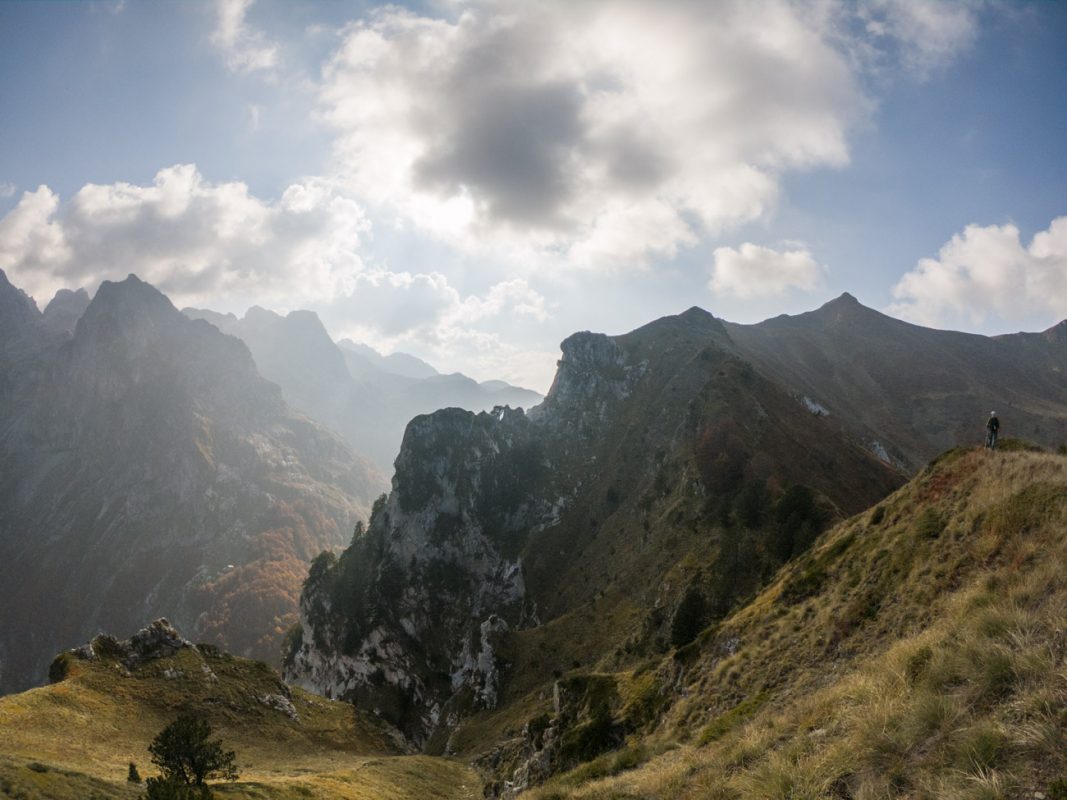 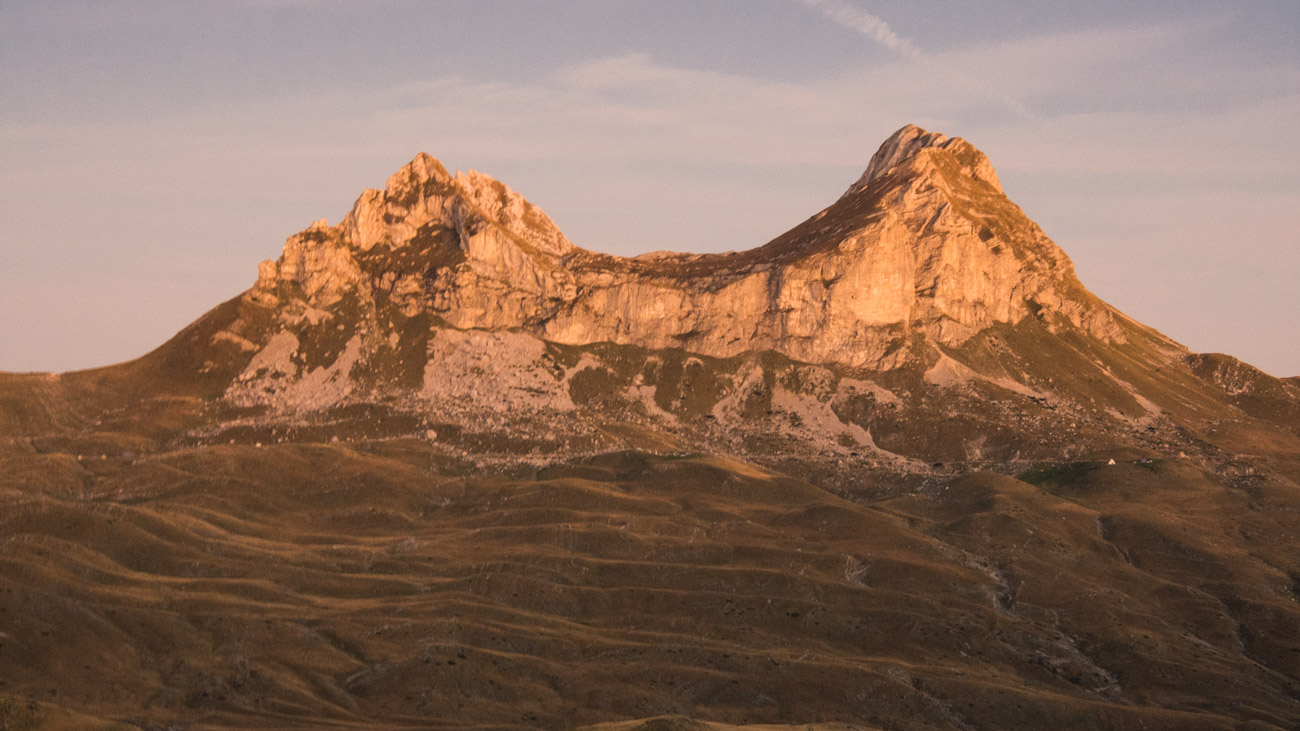 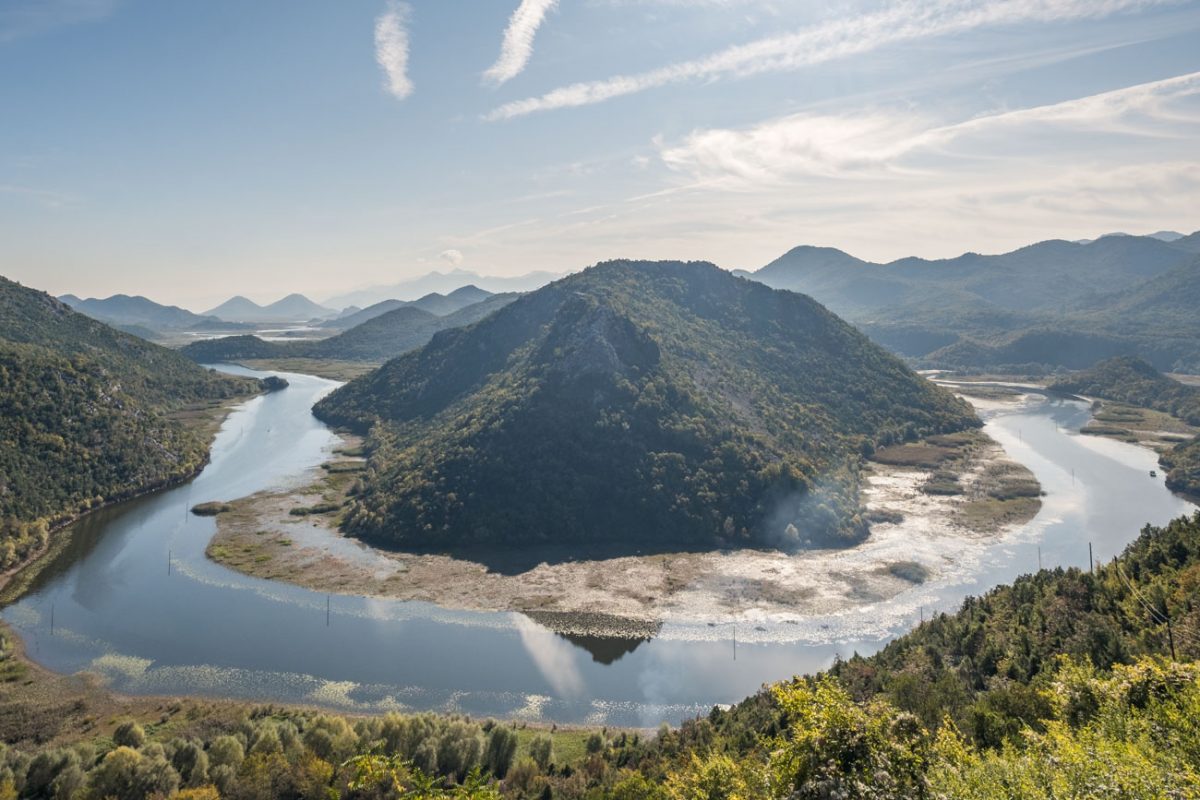 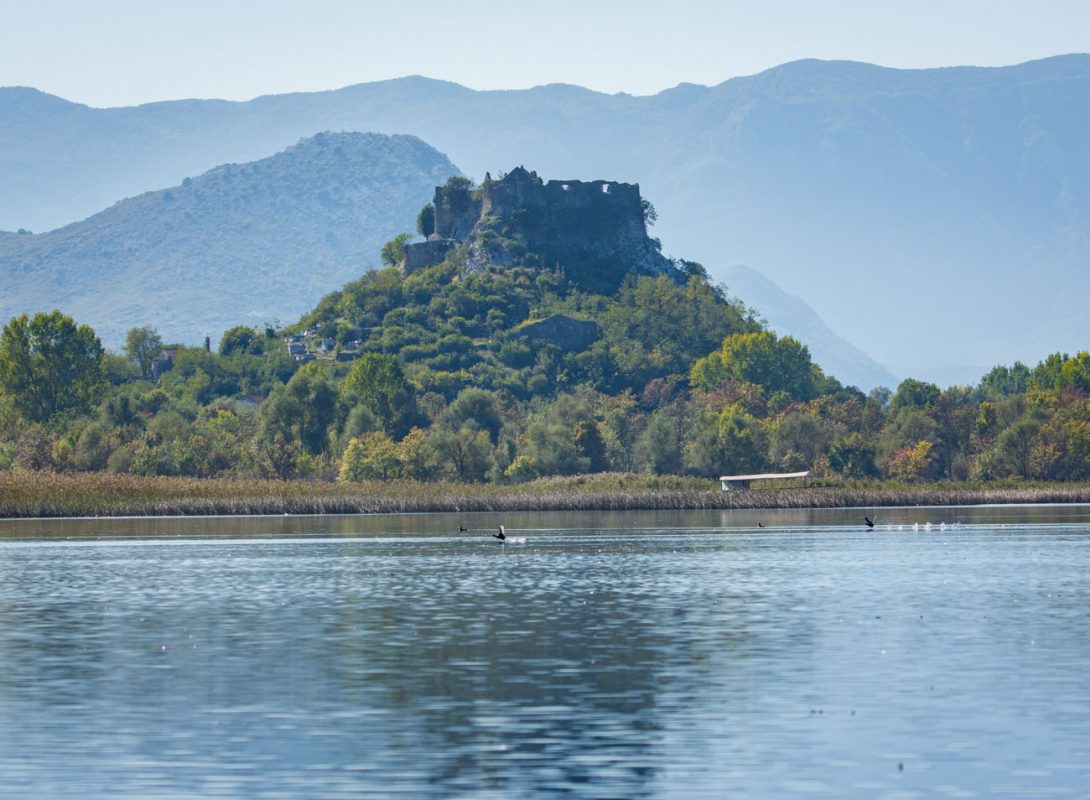 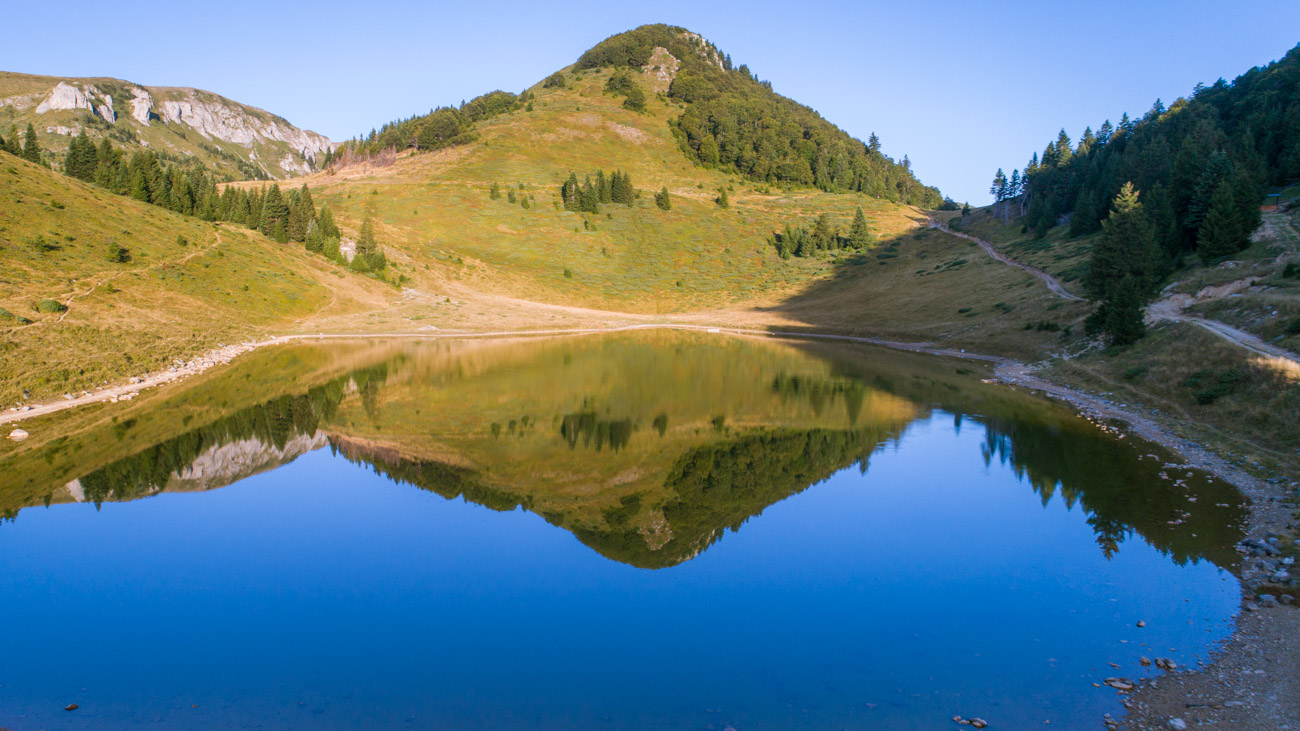 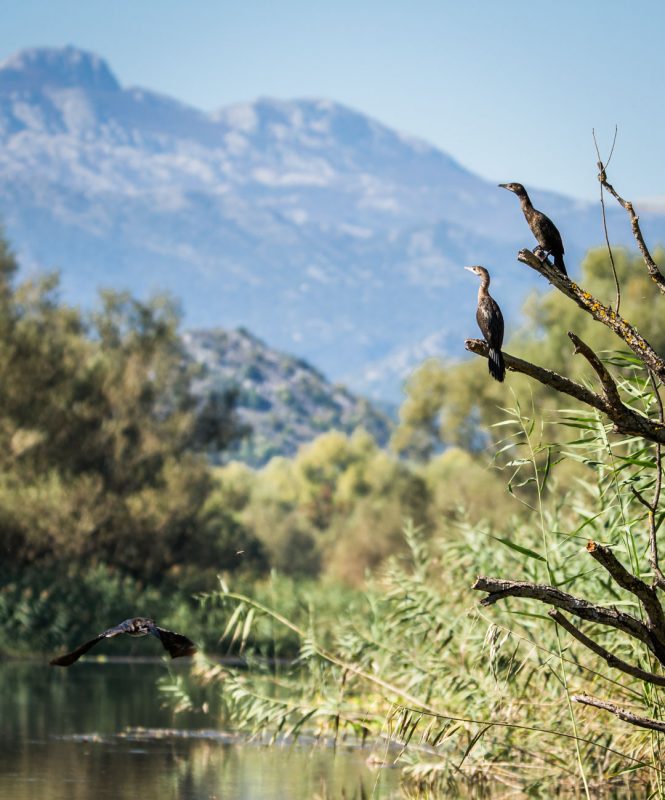 The national parks in Montenegro are the greatest highlights for travelers to this Adriatic gem. For good reason, European travel often revolves around top city destinations for visitors to amazing urban centers like Paris, Rome, London, or Barcelona. Then there are also alluring famous European beach destinations like Santorini, Ibiza, Mallorca, and St. Tropez. But in the first ecological state in the world, Montenegro travel demands attention to nature. And with that, the national parks are the highlights worth writing at the top of any Montenegro travel itinerary.

It’s never a bad idea to visit the capital of Podgorica or one of the other small cities like Cetinje, Niksic, or Bijelo Polje. Also, experiencing the coastal vibe in the towns of Kotor, Ulcinj, or Herceg Novi is worth doing. Take a day or a few at the beach if you like, but definitely make visiting the national parks a priority instead of an afterthought if you really want to see and experience the country. We have prepared this insider’s guide to the national parks in Montenegro along with more detailed info for each park on additional posts to help you explore nature at another level.

There are other nature and state parks in Montenegro. Probably a couple more national park designations are coming in the future also. Currently, near 10% of the total landmass of Montenegro belongs to one of the five national parks.

With these parks scattered across the central and northern regions of the country, travelers can expect a wide variation of geological features. These range from a massive lake and wetland area to rolling green mountains to different takes on alpine peaks. In addition, there is even a national park silhouette that is iconic due to man-made elements augmenting the mountain setting.

As a top-ranking country in Europe in biodiversity, Montenegro shows off a bit when it comes to natural beauty all over, and especially so in the national parks. For example, more than half of the birds in Europe can be found in Lake Skadar National Park. More one-of-a-kind and best-in-class distinctions are found in all of these 5 parks. More of this below…

The family name of a region is still associated with many of these areas. These families survived mountain life and passed their traditions and love for the land down through their family line for centuries. This means that still today in some locations in these parks, traditional ways of life are ongoing with active farms and traditional mountain huts or Montenegrin katuns.

The 5 National Parks in Montenegro

We list the 5 national parks in Montenegro in alphabetical order here. Though we could rank them specifically for you and your adventure, we haven’t met you yet. So we provide some key info and images for each park as well as a link for finding more detailed info for planning your visit to a park. If the Meanderbug team can help you with more information and planning, drop us a note. We are huge fans of each of these national parks with their tour de force of nature because they all have something uniquely amazing about them.

The smallest of the five national parks, Biogradska Gora was one of the three original national parks established in 1952. The greenest of Montenegro’s national parks, this park has 26 different plant habitats packed into 54 square km.

The park has 5 glacial lakes that begin at 1000 m elevation and increase in height from there. This park also has the distinction of having one of three remaining large virgin forests in Europe. Biogradska Gora is home to a number of working katuns, the small mountain huts used by shepherds during the summer months while livestock grazed at levels much higher than the year-round village locale. See more on Biogradska Gora National Park.

One of the three original national parks established in 1952, Durmitor is the largest mountainous park in Montenegro at 339 square meters. A massif with 48 peaks above 2000 m elevation. The tallest peak that is wholly within Montenegro is Bobotov Kuk at 2523 m. The park, with 18 “mountain eyes,” is also the densest spot for glacial lakes in Montenegro and includes the biggest one in the country, Black Lake.

In 1980, Durmitor was declared a UNESCO World Heritage Site. Durmitor has the distinction of having the deepest canyon in Europe, as Tara Canyon runs as low as 1300 m below sea level. With Bobotov Kuk at 2523 m above sea level, the elevation changes and resulting landscape are significant and impressive. This 3800 m elevation variance creates some unique, epic vistas. See more on Durmitor National Park.

One of the three original national parks established in 1952, Lovcen is a small park by Montenegrin standards at 62 square km. The park contains two main peaks, with the Stirovnik peak as the taller one at 1749 m.
However, the Jezerski Vrh peak is more significant though it only reaches 1660 m. This peak has a state symbol, the guvno, and the world’s tallest mausoleum.

This is the resting place of the national hero, Petar II Petrovic-Njegos. The Montenegrin ruler that advanced culture more than any other leader, Njegos is revered to this day. Besides offering an easy-to-spot viewpoint from the coast and the capital city, this makes Lovcen a heartfelt center of the country for many Montenegrins. See more on Lovcen National Park.

The newest of Montenegro’s National parks, Prokletije was declared a national park in 2009. Part of the Dinaric Alps, the Prokletije Range is at the corner of Montenegro, Kosovo, and Albania. The highest point in the country is at the peak of Zla Kolata at 2534 m, though this peak lies partially in Albania.

The Montenegrin portion that comprises the national parks is 161 square km. This rugged mountain terrain is known by other names, including the accursed mountains for the jagged edges of the rock formations as well as due to some wildlife such as the endangered lynx. Prokletije National Park is the most biodiverse of all of Montenegro’s national parks with 20% of all Balkan flora present. See more on Prokletije National Park.

The Skadar Lake park area has 270 bird species that live or migrate through the area. This represents more than half of the bird species in all of Europe due to its wetlands and diversity. Because of this, Skadar is a haven for birders, nature lovers, and photographers. See more on Skadar Lake National Park. 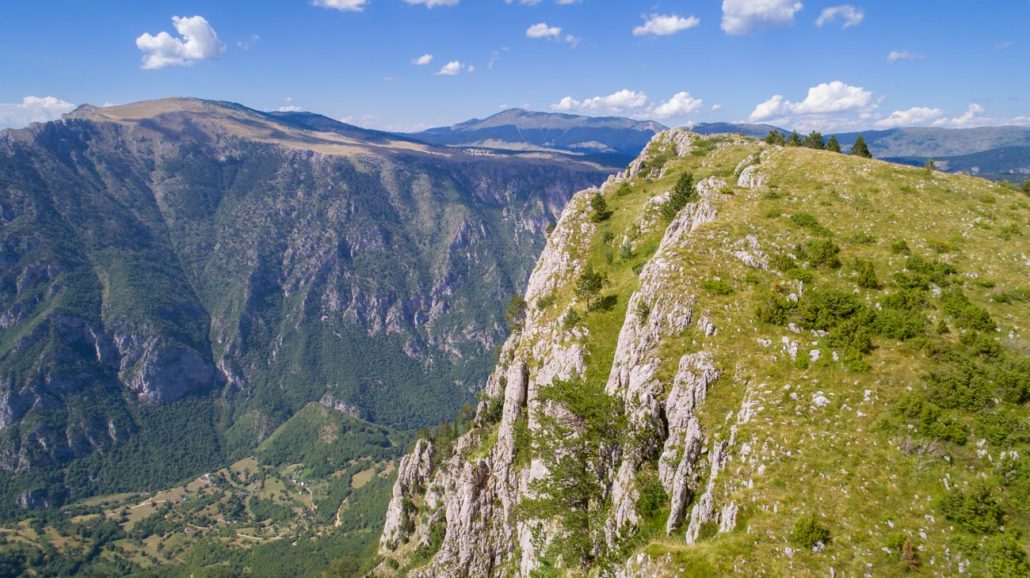 Fees apply to all visitors age 15 and above, except for people with disabilities. Fees are charged on a daily basis, per person.

Yearly entrance fee for all the National Parks in Montenegro: 13.5 euros per person.

The Meanderbug team collaborated on this post drawing from our first-hand experiences from many trips and adventures in all of the national parks, through our conversations with locals and park rangers, and scientific research papers. Select key resources include the below items.