Mount Rumija (ROOM-ee-yah) stands guard over the small town of Bar on the Adriatic coast like an ancient stony watchman. Mountains have long played a pivotal role in the folklore and culture of the Montenegrin people. The name Montenegro itself means “Black Mountain.” Rumija keeps its vigil in the southernmost section of the country, running from NW to SE, with its northern slopes dropping toward the enormous Skadar Lake and its southern slopes stretching toward the shimmering blue Adriatic. 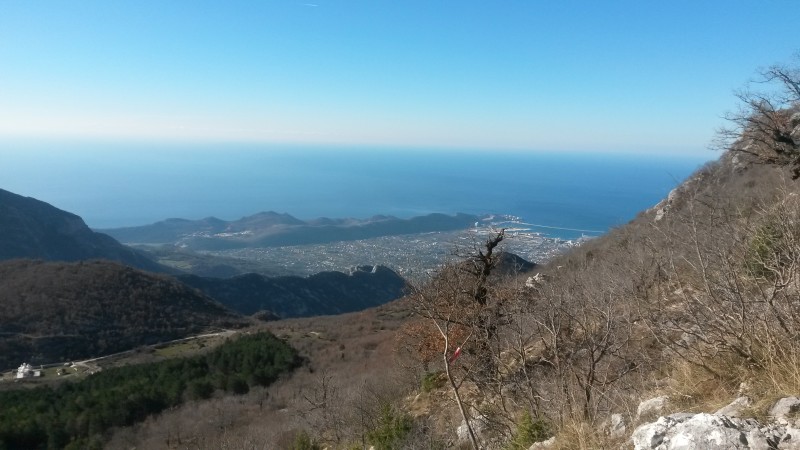 Along with Mount Lovćen (LOAV-chen) to the far NW near Kotor, Rumija shares the distinction of being a focal point for Montenegrin spiritual traditions. Each year, on Holy Trinity Day, which falls near the end of May, right at the start of summer, devotees of St. Jovan Vladimir gather at the local Orthodox Church in Bar to begin their pilgrimage up the mountain to a small white church perched atop Rumija’s summit at 1,594 m (5,230 ft). This is a multicultural, multiethnic and multifaith event, joined by Orthodox, Catholics and Muslims alike. Jovan Vladimir was regarded as a pious, peaceful and just ruler of the Duklja region from 1000-1016, which included much of what comprises modern-day Montenegro. 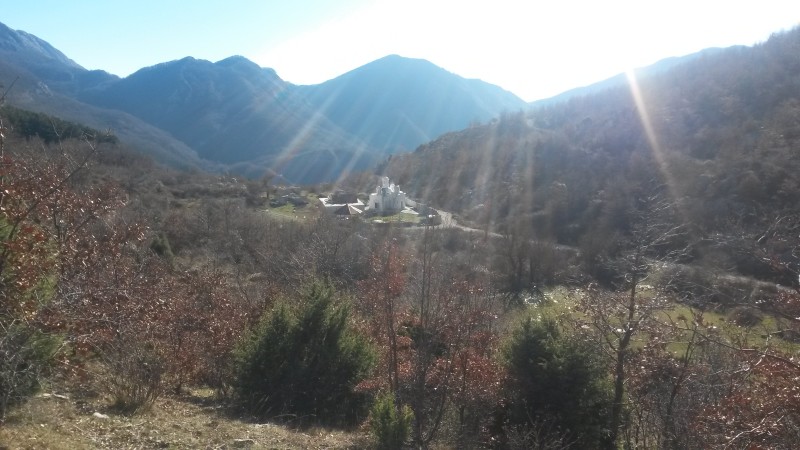 To make your own pilgrimage to enjoy the breathtaking panoramic views of the Adriatic Sea, Skadar Lake and rugged mountains as far as the eye can see, you have several options. The most straightforward and accessible option is to start in Stari Bar (Old Town Bar). The footpath begins just to the north of the old fortress, which is itself a sight to see, and continues straight through the gorge at the foot of the mountain. From here, a hike to the summit should take 4-5 hours.

There is also a road accessible by vehicle that can take you up the mountain very near to the summit. This road also begins from Stari Bar. This is the option I took on the day I visited Rumija with some local expat friends. It is worth noting that some patches on this road require a more rugged off-road type of vehicle. I wouldn’t attempt it with a city vehicle that sat very low to the ground! The road ended at a small Orthodox church, from where we could clearly see the smaller white church at the summit, but it still seemed so far away! From this point, a well-equipped and skilled hiker could reach the summit in about an hour or so. 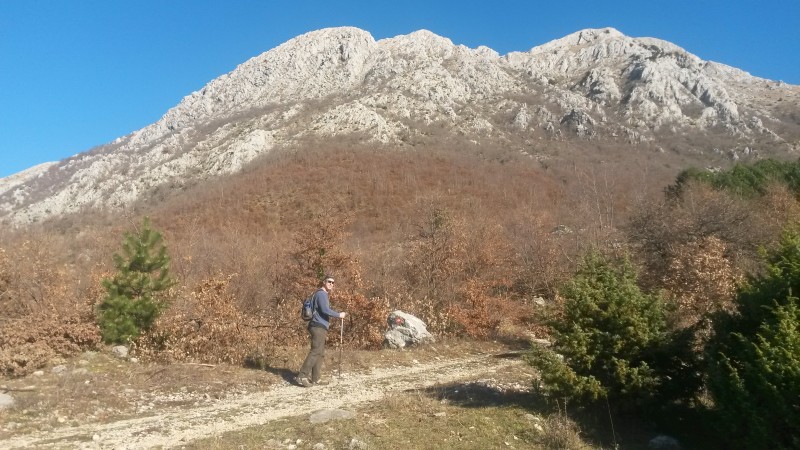 Out of our small “band of brothers” that day, only one of us reached the summit, but we all enjoyed the incredible views and clean, fresh mountain air. I live in Šušanj, right next to Bar. I look up and see Rumija almost every day, with its small white church shining like a beacon at its peak. I have made it my goal to see that church with my own eyes this year. My landlord, who is a few decades older than I am, says he is planning to make the pilgrimage again. He invited me to come with him. I took that as a personal challenge. I’ve begun a regular exercise program in preparation. I won’t let that mountain beat me again! Consider this an open invitation. Who’s with me?